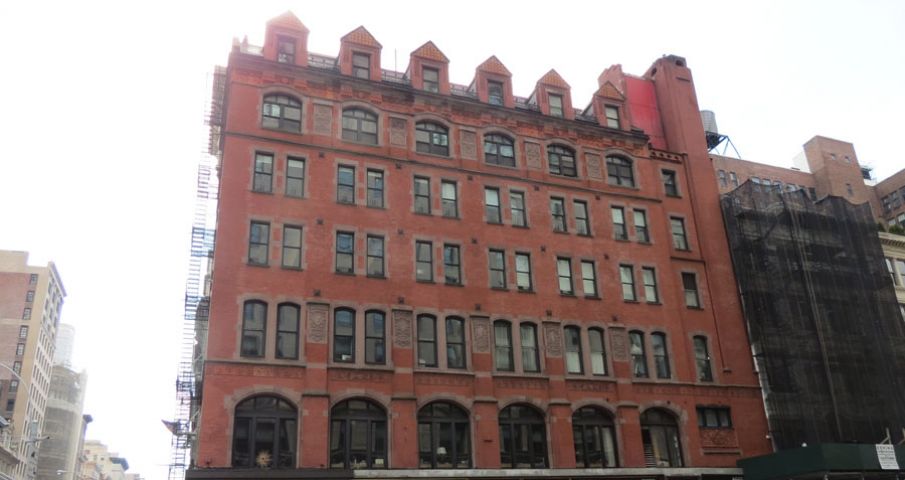 It had been hidden under a shroud of scaffolding for many months, but in the summer of 2007, one of the Flatiron district’s most historic buildings once again stepped into the sun — repointed, reconverted and ready for another life.

It is the picturesque seven-story red-brick building that has graced the southwest corner of Fifth Avenue and 23rd Street since 1883 and was once described by the Architectural Record as “one of the happiest bits of our street architecture.”

Originally erected as an uptown branch of Western Union, with pneumatic tubes that carried messages underground to the telegraph company’s headquarters 2 1/2 miles away on lower Broadway, 186 Fifth Avenue was an office building for more than a century. Now, five of its seven floors have been converted to loft condominiums by Walter & Samuels Inc. The bottom two floors remain commercial, with stores on street level.

The building, one of Fifth Avenue’s earliest commercial structures, was designed by Henry J. Hardenbergh, whose own office occupied the top floor. It was hardly Hardenbergh’s only contribution to the New York cityscape. His other commissions included the Dakota apartment house, the Plaza Hotel and the original Waldorf-Astoria at Fifth Avenue and 34th Street, where the Empire State Building now presides.

Designed in the Queen Anne style, the Western Union building is distinguished not only by its red brick façade, but by its gabled roof, six pedimental dormer windows, octagonal chimney, wide flat arches and friezes on the third and sixth floors. Its legacy is written on its face. Just beneath the roof of the Fifth Avenue side are the letters “W.U.” and the year “1883,” while the 23rd Street facing is decorated with a frieze that includes the words “Western Union.”

In 1989, the building became a New York Historic Designation as part of the Ladies’ Mile Historic District.