The New York City Blackout of 1965 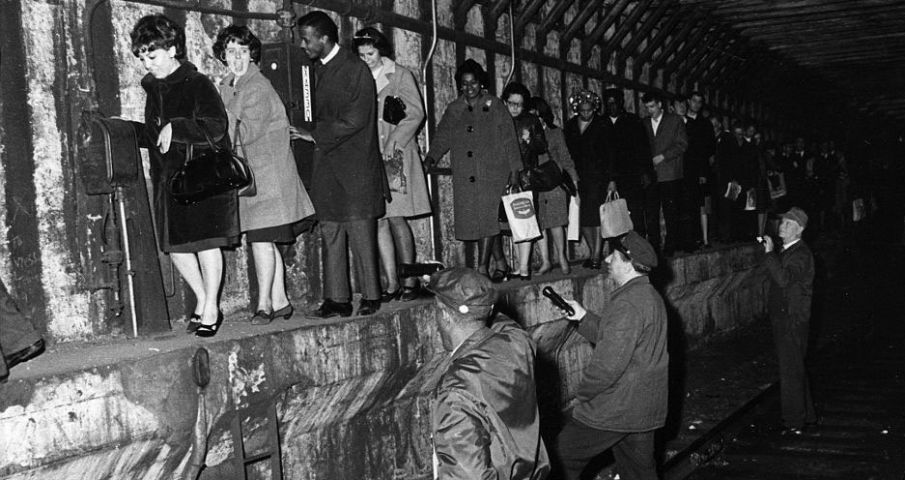 As part of our Discover Flatiron series spotlighting stories of New York resiliency, the Flatiron Partnership recalls the rush hour subway commute on the evening of November 9th, 1965 when a massive power failure brought the subway system to a halt. The halt sparked a spirit of unity among transit employees and subway passengers during an eventful moment that would become known as the New York City Blackout of 1965.

On the night of Wednesday, November 9th, 1965, at the height of the City’s rush hour, hundreds of passengers in subway cars were packed in place for their rapid dash to areas such as the Flatiron District and beyond. Above ground, the outdoor temperature registered in the mid-40s, the sky was clear, and a full moon was in effect. But at 5:28 pm, an unexpected electrical shutdown interrupted the commutes of New Yorkers across 630 subway trains and impacted 30 million residents in eight northeastern U.S. states, as well as the provinces of Ontario and Quebec in neighboring Canada.

“The blackout was caused by the tripping of a 230-kilovolt transmission line near Ontario, Canada, at 5:16 pm, which caused several other heavily loaded lines also to fail,” notes the History Channel. “This precipitated a surge of power that overwhelmed the transmission lines in western New York, causing a ‘cascading’ tripping of additional lines, resulting in the eventual breakup of the entire Northeastern transmission network.”

However, in Time magazine’s November 19th, 1965 issue, the publication detailed that some New Yorkers claimed “they had seen a satellite pass over at the moment the lights failed, argued that the Russians had done it again. Many clung stubbornly to the belief that it was all a government-ordered test to see if Americans could stand up to an air raid.”

In reality, the power failure forced trains to sputter “to a halt in tunnels, on elevated tracks, and in stations…stranding about 800,000 rush hour riders–10,000 of whom were still stuck at midnight,” reported The New York Times on November 10th, 1965. “The Transit Authority and the Police Department worked into the early hours of the morning attempting to remove passengers from crowded, stalled trains.”

The “evacuation of 800,000 people from the subway was laborious, and especially perilous was the rescue for subway riders stuck under or over the East River,” recalls the New-York Historical Society. “Police took five hours to assist passengers along catwalks on the Williamsburg Bridge, but other commuters chose to wait it out, rather than move on foot among mud and rats in the subway tunnels. Train commuters either slept in cars marooned in stations or simply stretched out on the floor of Grand Central station.” 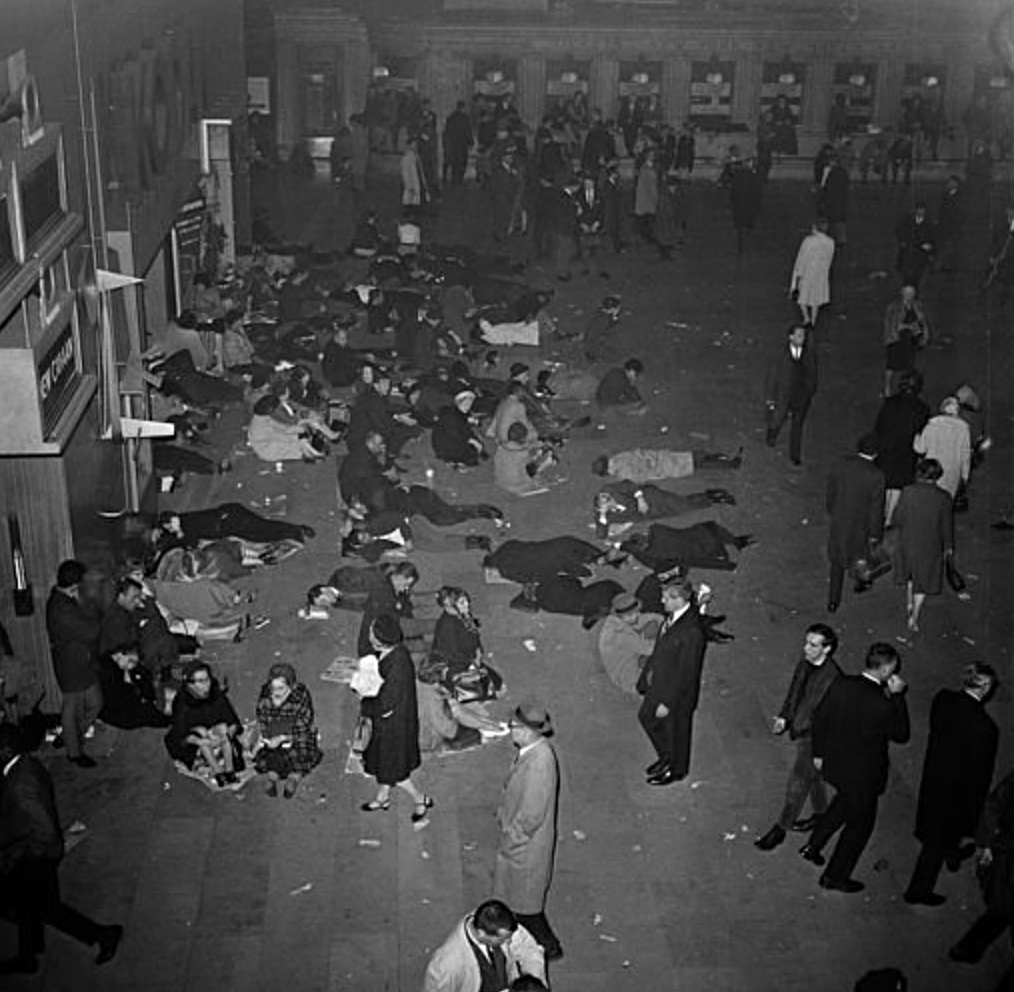 Around midnight, “food was sent to passengers who were still waiting to be escorted out along the narrow catwalks in dark tunnels and high above rivers and streets,” according to The New York Times. “People were wonderful,” The Times wrote in quoting a Transit attendant who assisted straphangers. “They even let the ladies out first.” The paper also reported that while passengers waited for assistance, many struck up conversations with each other. “Most of the irritation,” stated The Times, “was taken out on sarcasm.”

Hollywood was also ready to cash in on the chatter with a satirical take on the blackout in the 1968 theatrical release of Where Were You When the Lights Went Out? Starring Doris Day, Robert Morse, and legendary gossip columnist Earl Wilson playing himself. The 89-minute comedy featured fictional accounts of the night’s events. The film produced a box office profit of nearly $8 million, as well as an eponymous song sung by the American trio The Lettermen. 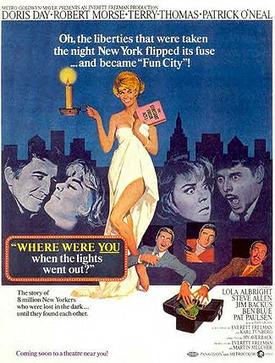 In the aftermath of the New York City Blackout of 1965, “electric companies learned many important lessons, one of them being the importance of corrective measures to prevent such blackouts from happening again,” explains Baruch College. “The Northeast Reliability Council and New York Power Pool were two regulatory organizations that emerged after the blackout. Their role was to ensure that the quality of the equipment was kept up to standards across all power plants. As a result, they set the standards for the best possible operational guidelines in the industry.”

Within hours of the Wednesday night blackout, however, many of the areas that had been plunged into darkness were now returning to some level of light and normalcy. News outlets began to issue reports that power had been reinstated to a number of regions, including Canada by 8 pm, Upstate New York at 9 pm, and Massachusetts by 10 pm. New York City, however, took the longest to recover, with power starting up at approximately 3:30 am the next day.

In the days to follow, the Transit Authority expressed appreciation to commuters and its team through the Authority’s in-house publication The Subway Sun. The agency stated, in part, about that eventful evening, “Your Transit Authority wants to thank the many thousands of passengers who accepted with patience and understanding the inconveniences of the recent power blackout. We deeply appreciate both your fine conduct and the many hundreds of letters you have written to us to praise Transit employees. When the lights went out you were at your brightest.”