The Life of Bernard Baruch 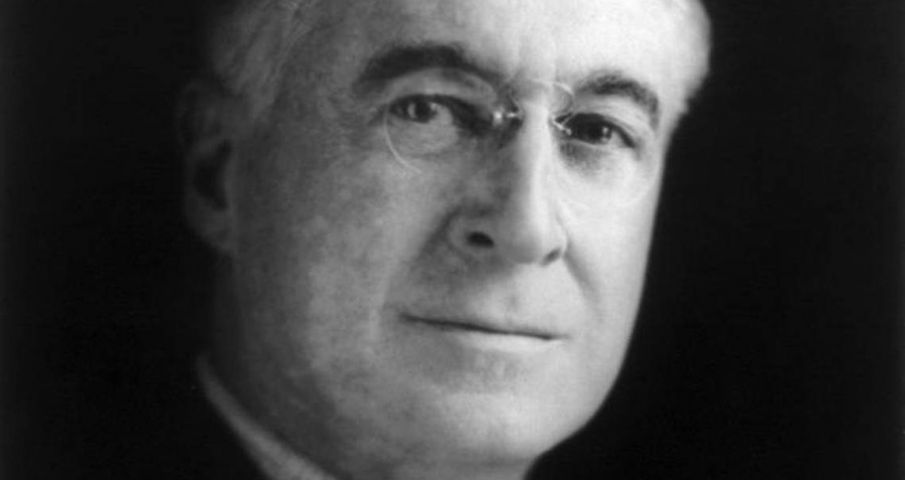 As thousands of students return to the Flatiron District for the fall semester, the BID takes a brief look back at the life of financier Bernard Mannes Baruch. Baruch was an advisor to presidents and politicians, coined the phrase ‘Cold War’, and his alma mater renamed its business school, the Baruch School of Business, after him in 1953. The Baruch School of Business later became Baruch College in 1968.

Baruch was born in Camden, South Carolina in 1870 and was the second of four children from the marriage of Simon Baruch, a doctor, and Belle Wolfe, a descendant of Southern aristocracy. He was a quick study and enrolled in classes at the City College of New York, at 17 Lexington Avenue (at 23rd Street), at the age of 14.

After graduation, Baruch landed a job as a Wall Street runner and quickly became a partner at brokerage firm A.A. Housman & Company at the age of 25.

“I could not forget my father’s look the day I proudly informed him I was worth a million dollars,” wrote Baruch in his memoir, My Own Story. “The kindly, quizzical expression told me, more clearly than words, that in his opinion, money making was a secondary matter….Of what use to a man are millions of dollars unless he does something worthwhile with them.”

Encouraged by his highly regarded father’s wisdom, Baruch became interested in the public sector. His initial involvement came about when he was appointed to a CCNY trusteeship by New York City Mayor William Jay Gaynor. “I took this civic task seriously,” wrote Baruch in his book, The Public Years, “for I felt a very deep sense of gratitude to the College for the educational opportunities it had given me.”

Baruch credited his invaluable higher education for his connections that led to his eventual advancement as a global advisor, which included consulting on America’s preparedness for World War I. “At the age of forty-nine, I had already enjoyed two careers – in finance and, much more briefly, in government,” noted Baruch in The Public Years. “The war had taken me out of Wall Street, often described as a narrow alley with a graveyard at one end and a river on the other, and plunged me deeply into the broad stream of national and international affairs.”

Over the years, Baruch acquired personal and professional alliances with countless leaders, from Winston Churchill, whose mother Jennie Jerome was a Flatiron District resident, to First Lady Eleanor Roosevelt. Among congressional members, Baruch had earned the nickname as the “Park Bench Statesman” because of meetings he held with representatives on a bench located across from the White House. In 1947, Baruch was credited with coining the classic diplomacy phrase “Cold War” to describe the relationship between the United States and Soviet Union.

“I have had a long, long life–a full one and a good one,” wrote Baruch in The Public Years, published just five years before his death at the age 95. “Sometimes I stop whatever I am doing to wonder at the good fortune I have had in this lengthy pilgrimage. I have had a loving family, many devoted and loyal friends, good health (and what a blessing to have it still), all the material comforts a man could want (and these are by no means unimportant). But above all, I have had the opportunity to serve my country. This has meant most to me.”