The Great Depression and the Iconic MetLife Insurance Building 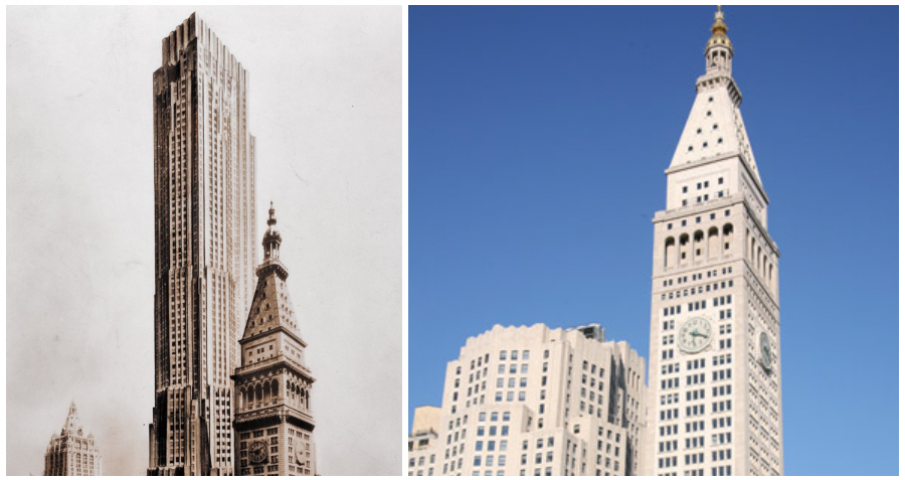 The Flatiron Partnership is taking a look back at how the Metropolitan Life North Building persevered during the Great Depression that followed. The proposed building was set to become a 100-story skyscraper, competing with the other ‘supertalls’ in New York City for the tallest building in the world. Rather than abandoning the project in its entirety after the 1929 stock market crash, the building’s designers creatively modified their plans and completed the structure that you see today on Madison Avenue.

In 1928 The Metropolitan Life North Building began to rise on a full block lot between 24th and 25th Street and Madison and Park Avenues. It was in the company of several other such skyward bound buildings — 40 Wall Street, the Chrysler Building, and the Empire State Building — in the race to achieve record-breaking height. The giant insurance company hoped to regain notoriety, as MetLife previously held the tallest building record back in 1909 with its slender MetLife Clock Tower until it was surpassed several years later by the Woolworth Building in 1913.

The North Building was to be the third and final structure to complete MetLife’s enormous building complex alongside Madison Square Park. The first two buildings filled the adjacent block between 23rd and 24th Streets. In the 1890s, MetLife’s first 12-story building rose occupying most of the block with the exception of the southeast corner of Madison and 24th Street. At the time, it was home to the Madison Square Presbyterian Church. The president of MetLife was quite enamored by this corner site and offered the church’s reverend a deal for a new church that would be located directly across the street. From this site, the record-breaking 700-foot MetLife Clock Tower rose. In the forthcoming years, MetLife was busy acquiring additional properties that filled the entire block between 24th and 25th Streets.

So, with the same confidence and determination of having achieved their record-breaking goal in the past, MetLife was ready to recapture its place in the limelight. By 1925 the company was at work on plans for their final expansion. They chose the architect Harvey Wiley Corbett who proposed a 100-story building, the rendering of which appeared in the New York Times on November 3, 1929.

By 1929, Harvey Wiley Corbett brought architect D. Everett Waid aboard and together they embarked on what was to be the first phase of the proposed 100-story vision of their structure, beginning with its massive base which was to be built in 3 stages. The supertall building designers and builders across NYC did not foresee the Financial Crash of 1929, and the devastating Depression to endure for the following 10 years. Their projects were all under construction at about the same time. Work on most of the ambitious building constructions drew to a halt. The Empire State Building, when completed in 1931, remained mostly empty and was often referred to as the ‘Empty State Building.’ 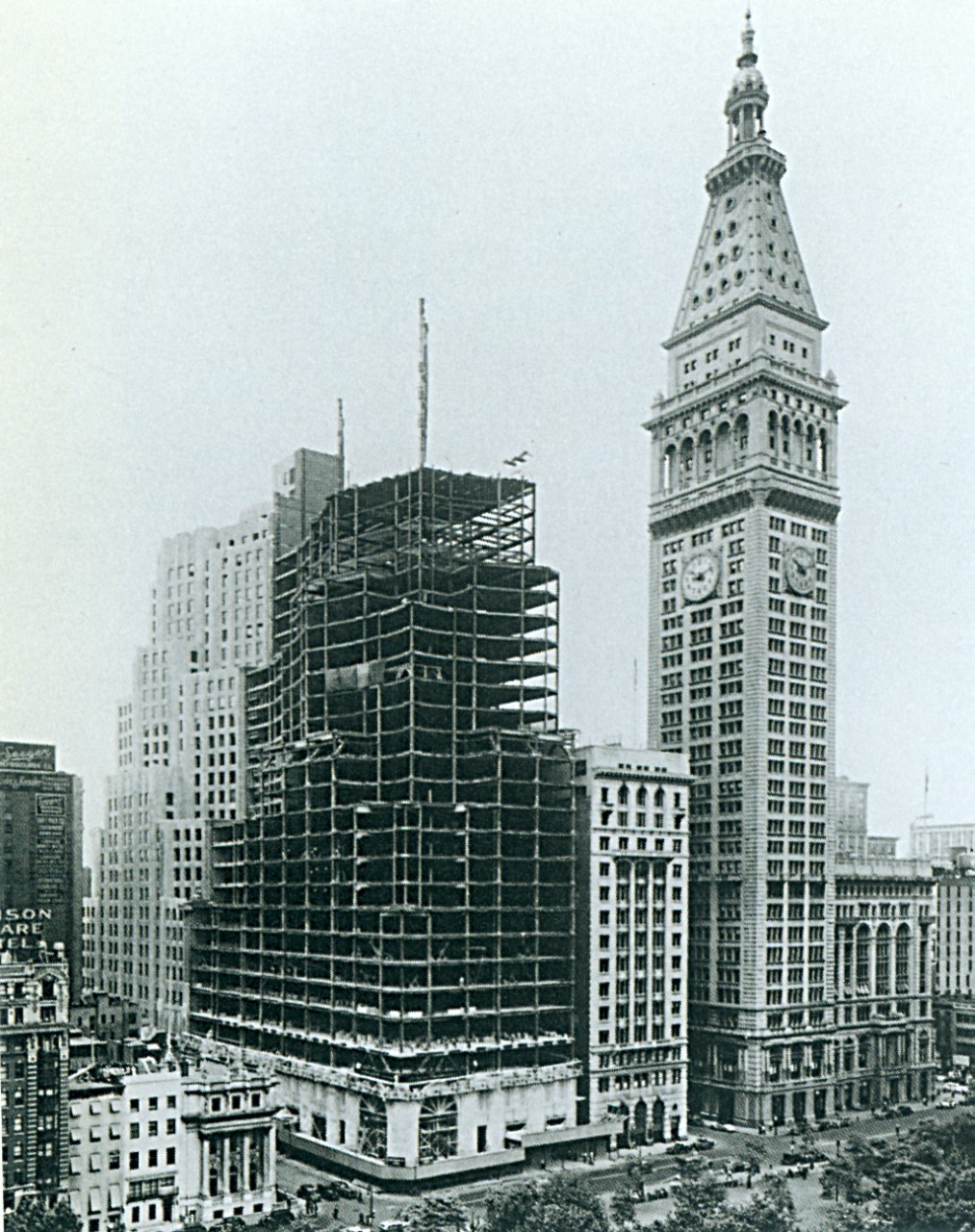 (Phase 2 of the North Building’s construction. Courtesy of the Metropolitan Life Insurance Company)

Due to the troubled times, the MetLife North Building found it necessary to scale back its proposal of 100 stories to just 31 stories — the height of its planned building base. Instead of abandoning construction, the architects reinvented the proposed building into a successful venture that met the need to re-strategize. To make it through the financial uncertainty of the time, the revised 31-story construction was stretched over 20 years from 1930 to 1950. The first stage of the base would be the Park Avenue section (1929–1932) which upon its realization was immediately occupied and functional. Then each subsequent third was added — the second section (1937–1940) — and the final section (1946–1950). Upon the completion of the base, its appealing Art Deco style stood in stark contrast to MetLife’s original building and its clock tower created in the manner of the Italian Renaissance Revival. In order to make the buildings’ style feel more cohesive, the clock tower was stripped of all its decorative elements, and the facade of the original building was replaced. These adjustments helped the three buildings of the complex appear to have been built closer together in time.

Thanks to the ingenuity of MetLife and its design team, the project was able to stay the course through some of the hardest financial adversity ever faced in the United States. The change was not without sacrifice, as had it been constructed to be its intended height, the MetLife North Building would have certainly given both the Chrysler (77 stories at completion) and Empire State Buildings (102 stories at completion) a run for their money. Even so, by strategically modifying the construction plans and reimagining the ‘base’ into the building as it is today, the structure has retained the capacity to be completed to its original planned 100-story design in the future if ever desired. Next time you pass by this tiered wonder, let it be a reminder of what can still be accomplished when adversity means we must revise or re-envision our most grand plans.