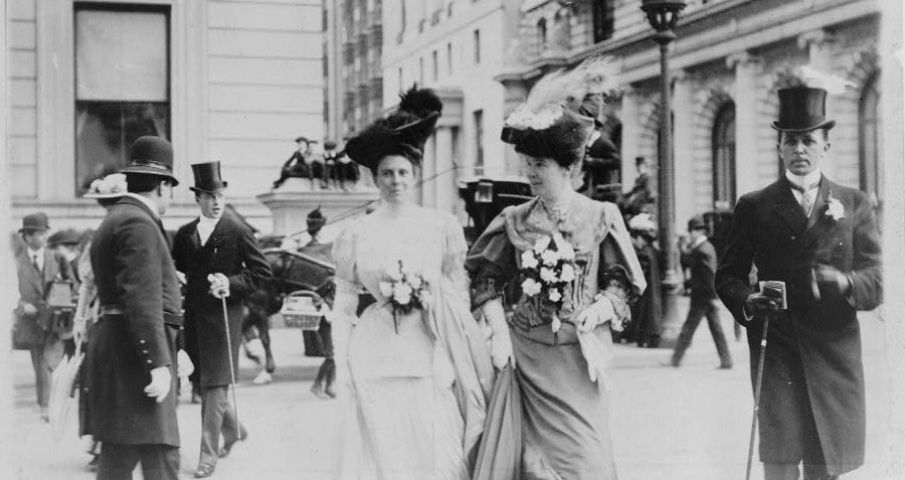 When a New Yorker by the name of William Jay died in 1915, The New York Times reported that he was a direct descendent of John Jay, the first Chief Justice of the United States, that he came from a family that had been a significant influence in the city for more than two centuries, and that he was a splendid horseman, an exceptional polo player and the president of a hunt club when riding to hounds was popular.

“But by far,” said the Times, “the most notable of his sporting activities was the founding of the New York Coaching Club, the pioneer coaching organization in this country, and one of the greatest influences in the evolution of four-in-hand driving.”

Coaching became popular as a recreation or amusement around 1868, in England. The four-in-hand version called for special skills because the “whip,” or driver, held the reins of all four horses in one fist. According to The New International Encyclopedia, it required “coolness, judgment and acknowledge of horses.”

The New York Coaching Club, born in 1875 in the heart of Madison Square — then the city’s center of fashionable society — not only contributed to the breeding of harness horses in the U.S., but dazzled the metropolis with its periodic parades, starting at the northern edge of Madison Square Park and tooling up Fifth Avenue and onto the new carriage drives in Central Park. Thousands of onlookers lined the streets, gaping at the well-heeled and formally dressed whips as they guided their prancing horses over the cobblestones while the blast of a traditional coaching horn cleared the road ahead.

The Coaching Club was headquartered in the Brunswick Hotel, at Fifth Avenue and 26th Street. (For more about the hotel, see the Discover Flatiron item in this newsletter.) Its mission was to establish standards of excellence in style and technique that emulated those in England. It is probably no coincidence that the Brunswick was enormously popular with visiting Brits.

Beginning in 1876, the club staged semi-annual parades that would go as far north as Pelham (now part of the Bronx) and New Rochelle, and sometimes east to Long Island. On the way back, the coaches would rumble down to Washington Square and wheel around the fountain before heading back to the Brunswick, where club members would take their dinner. Songs such as “Coaching to Pelham” became popular (Jump on board now, one and all/Take the coach for Pelham/Hark! The bugler sounds the call/”All aboard for Pelham”/Goodbye Brunswick, Here we go/Rocking on to Pelham/Up and down, and to and fro/On the coach for Pelham).

Although this was clearly not a poor man’s activity, those who could scrape together an extra couple of dollars could purchase passage in one of the coaches and also enjoy a lengthy stop in the country, including a picnic lunch. Reservations were placed weeks in advance. Some of the town’s more pompous citizens almost became ill at the thought of the proletariat riding in these elegant carriages whose aristocratic owners were, in effect, acting as chauffeurs. But the charismatic De Lancey Astor Kane, one of the club’s founders, pointed out that in England, the very titled Marquis of Blandford, heir to the Duke of Marlborough, had driven his coach as a public conveyance between London and Dorking – so there!

Kane’s four-in-hand, one of the original Coaching Club vehicles, was called the Tally-ho. Canary yellow with black trim, it was so distinctive that from then on any coach-and-four was called a “tally-ho” by the general public. Kane’s Tally-ho was donated to the Museum of the City of New York in 1933. It remained there until last summer, when it was transferred to the Long Island Museum of Art, History and Carriages in Stony Brook, N.Y.

The Coaching Club still exists, promoting coaching and sponsoring special events, but the introduction of Henry Ford’s Model T in 1908 all but put an end to its traditional New York parades. Two years later, the club sounded the horn for its final Fifth Avenue pageant and its elegant carriages and well-disciplined horses set forth for a final triumphal march on their way to becoming a quaint memento of the city’s Gilded Age.

Image via Library of Congress