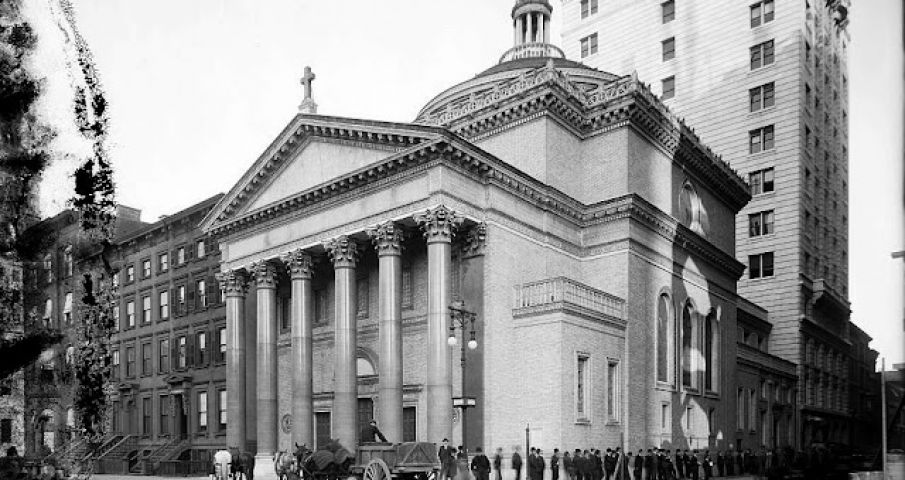 As many New Yorkers prepare to observe Christmas across New York City, the Flatiron Partnership recalls one of the neighborhood’s grand religious structures, Madison Square Presbyterian Church. Located at 24th Street and Madison Avenue, the second incarnation of the church was designed by Madison Square Garden architect Stanford White, but would later become known as the city’s shortest-lived sacred site of the early 20th century. 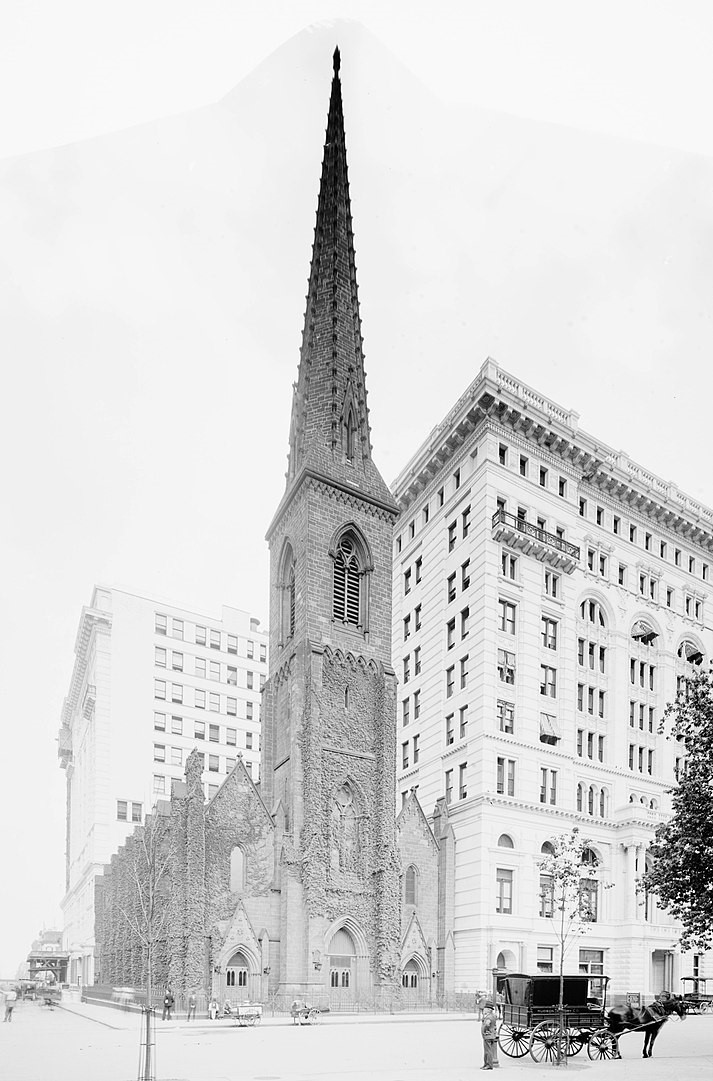 Madison Square Presbyterian Church was formed on March 3, 1853 when the Central Presbyterian Church on Broome Street and the Pearl Street Presbyterian Church merged due to declining membership, notes Common Bond, a publication issued by the New York Landmarks Conservancy. On July 12th of that year, a ceremony was held to lay the cornerstone for the new church’s site on the southeast corner of 24th Street and Madison Avenue. According to Common Bond, “By placing the church in a visually prominent location away from the distractions of major thoroughfares, namely 23rd Street, Fifth Avenue, and Broadway, the church could attract the attention of the general public without having noisy neighbors interrupt Sunday services.”

Designed by Richard M. Upjohn, the Gothic Revival style structure featured a 208-foot-tall spire and seating for 1,200. Upon its yearlong completion, the church was now considered the tallest building in Madison Square, with a reported construction and furnishing cost of $175,000. Its official dedication was held on Christmas Eve 1854. “It was one of the wealthiest congregations in the country, made up of bankers, politicians, merchants, and professional men,” wrote Miriam Berman in Madison Square: The Park and Its Celebrated Landmarks. “It was here that Theodore Roosevelt was baptized on April 21, 1860, and later attended Sunday school.” 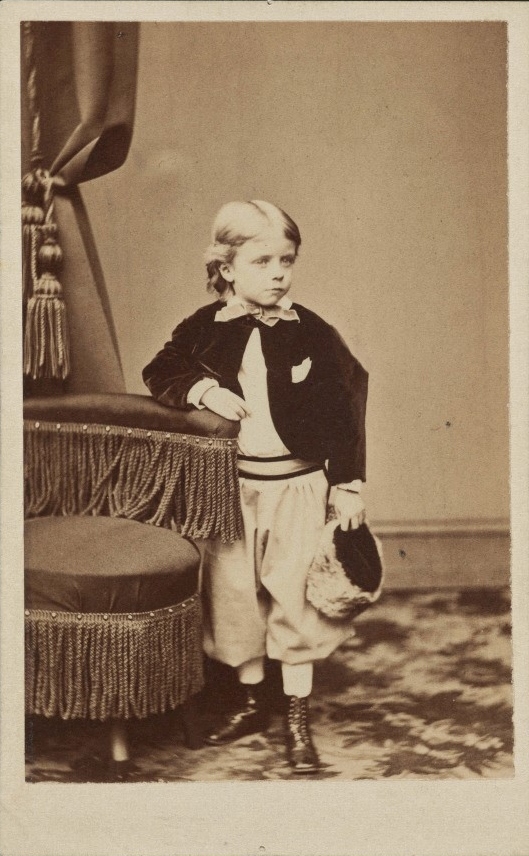 Other notable events at the church included the annual Christmas worship service. On that day in 1890, the choir was comprised of “a double quartet and chorus,” reported the weekly journal Musical Courier on January 7, 1891. The church’s pastor was Charles H. Parkhurst, who during this period, “successfully challenged Tammany Hall and the corrupt city government in the 1890s,” notes the website of The First Presbyterian Church in the City of New York.

But shortly after the beginning of the 20th century, the church had evolved into a real estate asset for a nearby business neighbor. The Metropolitan Life Insurance Company was expanding its headquarters and reportedly offered $325,000 to Madison Square Presbyterian Church to give up its site and relocate to a lot on the northeast corner of 24th Street and Madison Avenue. The architect for the new church would be Stanford White from the firm McKim, Mead & White, designers of the 1890 reimagined Madison Square Garden on 26th Street and Madison Avenue.

White “possessed a discerning eye for beauty and historical interest,” notes the website of the National Park Service. “He designed and decorated Fifth Avenue mansions and country homes for the most socially prominent families of American wealth, among them Astors and Vanderbilts.” White, however, would not live to see the church’s October 14, 1906 dedication. He was killed on June 25 by millionaire Henry Thaw, in a case dubbed “The Trial of the Century.” 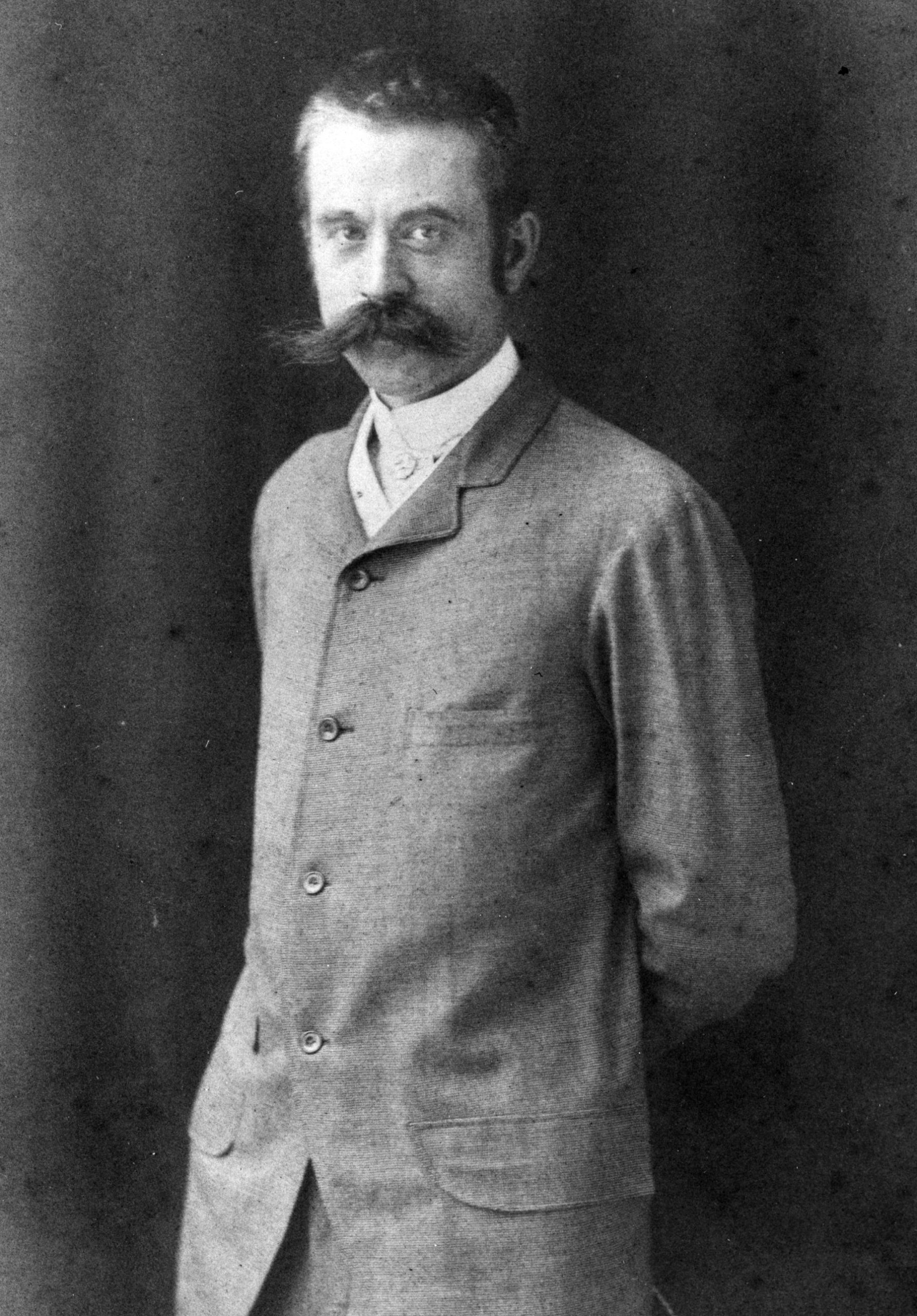 “Its destruction will remove one of the most interesting as well as one of the most costly religious edifices in the city,” noted The New York Times on May 6, 1919. “Built on decidedly unique lines for a church, in the Romanesque style, surmounted by a gilt dome and richly ornamented with mosaics and glazed with terra cotta tiles…its demolition is a distinct architecture loss to the city.” Decades later on December 1, 2011, the paper followed up on the whereabouts of the church’s artifacts, which included a doorway “depicting vines and saints, has turned up in storage at the Brooklyn Museum…the church’s Tiffany windows with biblical scenes now illuminate a wedding chapel at a hotel in Riverside, California,” and a Stanford White family estate on Long Island had in possession “a few loose pieces here and there.”