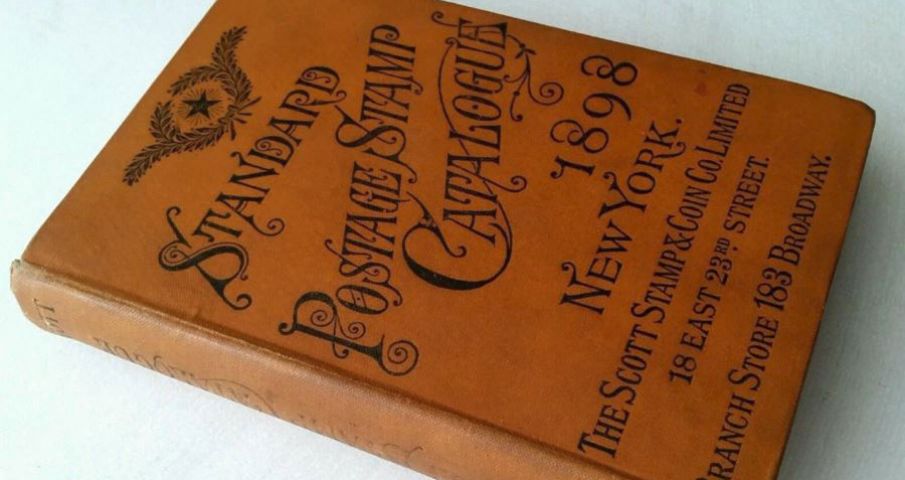 The United States’ first-ever general issue postage stamps were sold in New York City on July 1, 1847. Today, this date is recognized as National U.S. Postage Stamp Day and National Postal Worker Day. In honor of these occasions, the Flatiron/23rd Street Partnership journeys back to the 19th century for a look at the Scott Stamp & Coin Co., then the nation’s leading stamp and coin dealer, located at 18 East 23rd Street and Madison Avenue.

Londoner John Walter Scott’s career as a stamp dealer reportedly began in his hometown around 1860. He departed for New York City in 1863, however, Scott chose to move briefly to California as a Gold Rush prospector. But by 1867, Scott returned to his stamp business in New York City, where he would ultimately gain fame and fortune as “the Father of American Philately” and publisher of the definitive stamp periodical American Journal of Philately.

The Scott Stamp & Coin Co. made its Flatiron District debut on 23rd Street in 1892. “It was here on Madison Square that Scott housed his vast treasure of stamp and coin history, including specimens issued by every nation,” according to Miriam Berman, author of Madison Square: The Park and Its Celebrated Landmarks, and a Flatiron/23rd Street Partnership walking tour guide. “Stamp and coin enthusiasts came here from far and wide to see and purchase Scott’s rare finds as well as items necessary for their hobbies, such as the International Stamp Album with a capacity to hold 15,000 varieties of stamps, and equivalent receptacles for their coins.”

King’s Handbook of New York edited by Moses King wrote that “the Scott Stamp & Coin Company is indisputably the foremost concern in either continent devoted to the stamp business. The headquarters on 23rd Street are the rendezvous of thousands of stamp and coin collectors, amateur, advanced and professional, from all parts of the world, who while visiting or sojourning in New York City, have occasion to seek coins and stamps.”

Scott was known for its popular stamp packets. They included one packet that was valued at $85 and contained 4,000 different stamps from nearly all of the stamp issuing areas throughout the world at that time. “This splendid Packet is a fine collection in itself,” noted a company ad, “and contains many scarce and desirable stamps.” For $55, another packet featured 3,000 different stamps from areas such as Bolivia, the Niger Coast, and the Hawaiian Islands.

Some stamp packets were given names. They ranged from the Columbus Packet, which was valued at $25 and featured 700 different stamps from countries in the Western Hemisphere, to the Mexican Packet, which contained 150 different stamps at a cost of $15. “Some years ago we purchased all the remainders from the Mexican Post Office,” according to the company, “and thus enabled to offer a finer and cheaper packet than any other dealer.”

Coins and paper money were also sold in packets. Notable company packets were a set of coins with the heads of the 12 Caesars, including Julius Caesar, for $12; another with 20 half dollars from the years 1795 to 1837 for $15; and a set of five bills issued by the Continental Congress and used before and during the American Revolution that retailed for $1. Collectors could also purchase coin boxes here, which Scott described as “the best thing out.” The boxes were cardboard holders and had wooden tops or headings.

But by 1885, Scott sold his business, although, he decided to continue to work at the firm as a minority partner and editor of the company’s publications. On January 4, 1919, which coincidentally was the same day Scott died at the age of 73, an article in the Real Estate and Record Guide reported that the Scott Stamp & Coin Co. would soon move to 33 West 44th Street. According to the publication’s description of the company’s celebrated past, which included its headquarters in the Flatiron District, “The new tenant is one of the oldest dealers in rare stamps and antique coins in the country, having been established more than fifty years.”