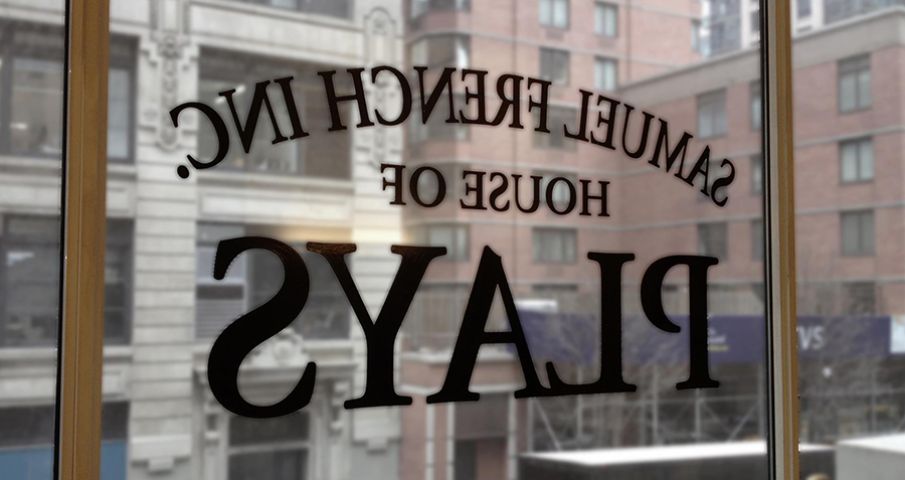 Behind the window, one flight above West 25th Street, lies what just might be the oldest extant business in the Flatiron district, a publishing and licensing company whose origins go back to the first half of the 19th century and the other side of the Atlantic Ocean. Samuel French is the world’s largest and oldest publisher of plays and musicals for amateur and stock theater companies.

It was Thomas Hailes Lacy, a British actor who had amassed the printing plates of almost 1,500 plays, who started the business in London in 1830. In 1854, Samuel French, a young American entrepreneur who had been an agent for a New York publisher of British and American dramas, produced his own collection: “French’s American Drama.” The first play published under his imprint was William Shakespeare’s “A Midsummer Night’s Dream.” A copy cost 12 1/2 cents and came complete “With Cast of Characters, Stage Business, Costumes, Relative Positions, etc. etc.” French, like Lacy, started acquiring the printing plates of every play he could lay hands on. In 1859, he and Lacy became partners. By 1872, Lacy was ready to retire and sold his entire stock to French.

As the years rolled by, the Samuel French business, which began on Nassau Street, slowly moved uptown, as did the theater district. In 1924, French set up shop at 25 West 45th Street, remaining there until 1984, when it found its present location, 45 West 25th Street. The similarity of the two addresses still confuses some people, said office manager Ken Dingledine.

French also has offices in Toronto and two in California (Studio City and Hollywood), a sister company in London and a warehouse in Hurleyville, N.Y. The operation is primarily two-pronged: publishing and licensing, with the current catalog listing some 3,500 active titles. There is a constant flow of submissions by writers hoping to crack the catalog and Abbie Van Nostrand, vice president, says the company is always on the lookout for “emerging playwrights, new talents like Adam Bock and Sarah Ruhl.”

Once a play is published, it is listed and described in the catalog and on the Web site (www.samuelfrench.com), thus becoming available for production by French’s customers, including schools (from elementary to universities), as well as community, regional and Off Broadway theaters. Royalty and licensing arrangements vary from play to play.

The offices, which house administrative, editorial, production and customer service operations, are now being renovated as French, whose first orders were probably written with quill pens, moves further into the digital age. Essentially a retail business, French handles requests from all over the world and now plans to “print on demand” on the premises, rather than outsource that chore. It has also opened its library to Google, another first for this venerable company.

“Some of our titles,” said Dingledine, “have never seen a computer.”