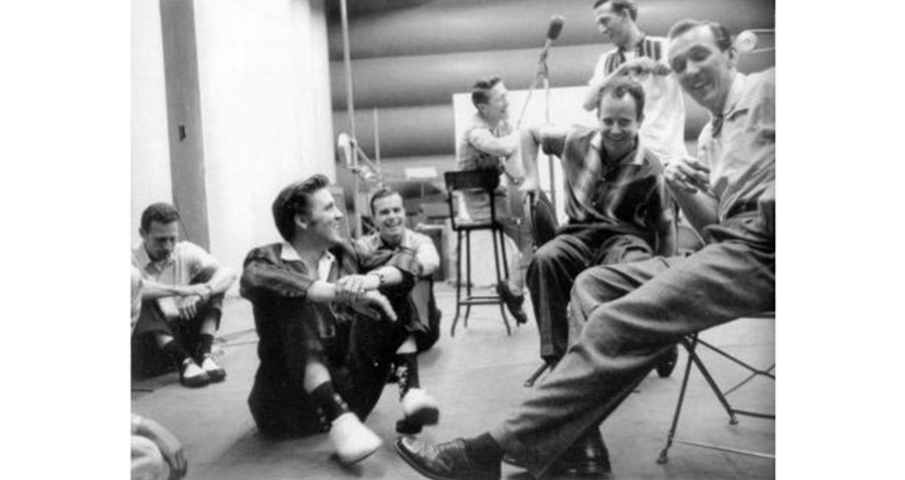 August 16th marks the 42nd anniversary of the death of rock ‘n’ roll pioneer Elvis Presley. In commemoration of the singer’s early recording days in the neighborhood, the Flatiron Partnership recalls the year 1956 when Elvis performed and produced a number of hit songs at the RCA Records studios located at 155 East 24th Street, between Lexington and Third Avenues.

Elvis Presley reportedly visited New York City for the first time in March 1955. At this point in his career, the 20-year-old aspiring singer and musician had been appearing in a series of one-night shows mostly throughout the South. His arrival in Manhattan, however, led Elvis to try out for a television talent show audition. Presley’s performance was rejected and soon the young singer was on the road again, but not for long.

By December 1955, Elvis and his manager, Colonel Tom Parker, returned to Manhattan for a meeting with RCA Records management, which had reportedly purchased the singer’s contract with Sun Records for $35,000 (equivalent to $334,515.11 in 2019). Sun Records facilitated the contract deal due to financial difficulties that were threatening the studio’s survival. Additionally, Sun Records President, Sam Phillips explained, “By releasing his contract to RCA we will give [Presley] the opportunity of entering the largest organization of its kind in the world, so his talents can be given the fullest opportunity” (via Scotty Mooroe). The RCA team immediately set up a publicity photoshoot for their new talent acquisition at the company’s studios at 155 East East 24th Street. Presley’s attire for the session included $60 worth of clothing (equivalent $573.45 in 2019) from a local store in Memphis, Tennessee.

“The studio looked like a set from a 1930’s science fiction movie,” noted Presley photographer Al Wertheimer in the singer’s biography Last Train to Memphis written by Peter Guralnick. “It was a large rectangular space of acoustical tile walls ribbed with monolithic half cylinders. The high ceiling rippled with more parallel cylinders and two pipes of fluorescent light. In the center of the room lay a patch of carpet on which the musicians had placed their instruments.” This RCA photoshoot marked an important shift in Presley’s career.

After an appearance on the Jackie Gleason-produced Stage Show on January 28, 1956, Presley returned to the East 24th Street studio. Two days later, the singer would make music history. According to the New York Daily News on August 14, 2008, Elvis and a number of musicians “recorded for seven hours that day, then three hours on January 31, and another several hours on February 3.” The songs that were reportedly recorded during these sessions included Blue Suede Shoes, Shake, Rattle and Roll, and Lawdy, Miss Clawdy.” 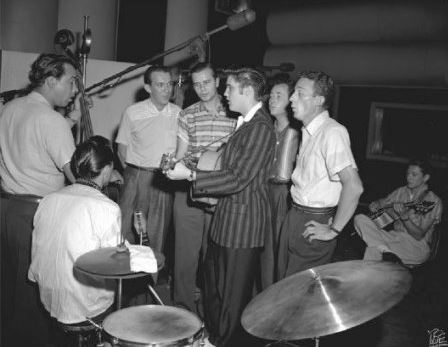 “Blue Suede Shoes was the only hit single in the bunch,” noted the Daily News, “but the sessions were crucial in Elvis history because they marked the point at which he started moving away from his raw, pure Sun sound to the more commercial and mainstream sound RCA envisioned for him.” And several months later in July 1956, the singer revisited the studio once again to record the two chart blockbuster hits Hound Dog and Don’t Be Cruel. Take 31 of Hound Dog became the version that was released, and the single sold 10 million copies globally becoming his best-selling song that topped the pop chart for 11 weeks – a record that stood for 36 years (via Mega Rock Radio). 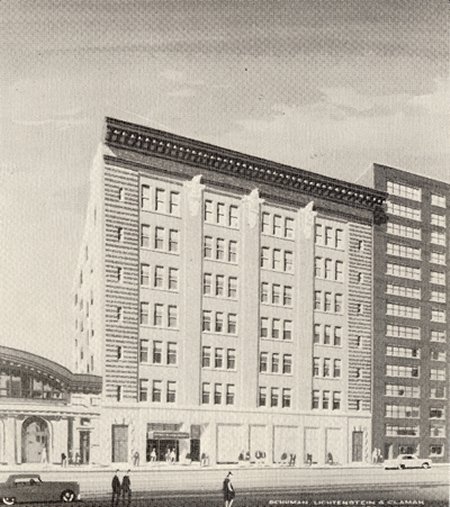 The 1880s-constructed building was located in an area that had a rich social and architectural history. According to New York Magazine on November 20, 2014, “24th Street east of Madison Square—once known as Old Stable Row because of its saddlers, blacksmiths, and horse doctors—thrived during Edith Wharton–era New York.” RCA Records studios then referred to as The Victor Recording Company, acquired the 24th Street property at an auction in early 1928 from Fiss, Doerr & Carroll’s. The business was Manhattan’s leading supplier of coach, livery, and workhorses, that supplied horses for the New York transit system, and later for use by the U.S. military in World War I (via Swing and Beyond). Victor Recording Company’s office consisted of two recording studios in the ground floor space of the 24th Street building, referred to as studios A and B. Studio B, the smaller of the two, was used for piano and chamber music recordings, and the larger Studio A could accommodate groups of up to 35 musicians. Presley recorded his songs in Studio A.

A little more than a decade after the success of Hound Dog, however, the sound would fade from the East 24th Street music studio. RCA Records studios relocated to Midtown Manhattan at 1133 Avenue of the Americas near 44th Street in August 1970. Notable New York City architect Emery Roth was the new office’s designer, who would create an insulated facility for the recording company. “An engineer does not normally regard with affection the sound of a flushing toilet during the pianissimo section of a Brahms symphony,” wrote The New York Times on August 9, 1970. The building of the 24th Street studio was sold in 1968 to what was then City College (now University) of New York, which was in use for thirty years until 1998. CUNY then demolished the building and began construction on Newman Vertical Campus, Baruch College‘s $319 million campus expansion project that opened in 2001 according to The New York Times.