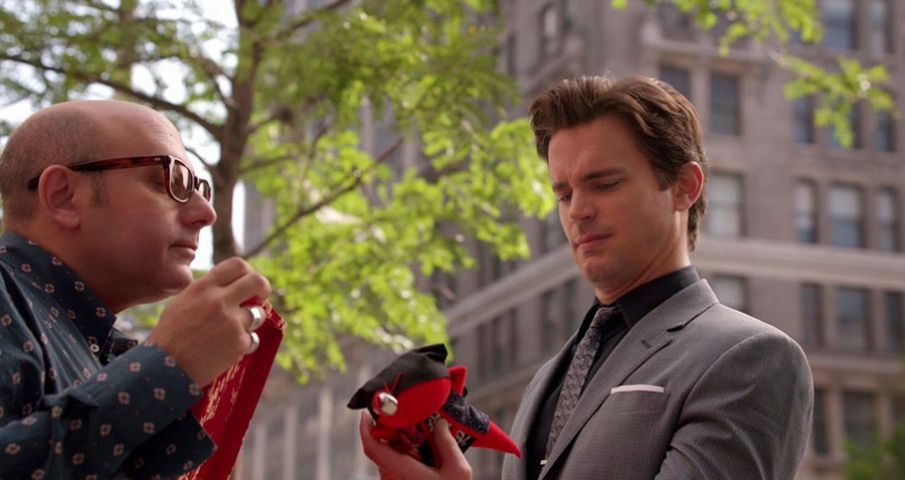 Seven-time Emmy nominee Liev Schreiber, star of the critically-acclaimed Ray Donovan series, along with his cast and crew, relocated from the West Coast to the East Coast at the end of Season 5 in 2017. Filming in Flatiron last year included Schreiber’s appearance at a 23rd Street R/W subway entrance and the actor standing beside the Fifth Avenue Building clock between 23rd and 24th Streets. The Showtime series about the fixer for the rich and famous returns for its sixth season on October 28th.

The Flatiron Public Plazas are a popular site for productions in the District. In 2016, the NBC TV debut series This Is Us filmed in the area at the intersection of Broadway, Fifth Avenue, and 23rd Street. Now a recipient of 10 Emmy nominations, including three wins since its premiere, the family drama stars Outstanding Lead Actor winner Sterling K. Brown and Mandy Moore and will return for its third season on September 25th.

Another show that selected the Plazas as a filming location is Younger, the romantic comedy created by Sex and the City Emmy winner Darren Star. The series features Sutton Foster as Liz, a 40-something single mother who needs a job and is hired for an entry-level editorial book publishing position by claiming she’s 27 years old. The TV Land program, which will return in 2019 for its sixth season, also filmed inside Rizzoli Bookstore at 1133 Broadway, located between 25th and 26th Streets.

With his first Emmy nomination, Rami Malek received a 2016 Outstanding Lead Actor win for the role as Elliot Alderson in the techno thriller series Mr. Robot. Last year, the show, which will air its fourth and final season in 2019, filmed on Broadway between 25th and 26th Streets. An interior set was designed and exterior signage created for Mr. Robot’s fictional Red Wheelbarrow BBQ restaurant at Num Pang Kitchen, located at 1129 Broadway.

Nominated this year for her performance as a defense attorney in Fox TV’s Law & Order True Crime: The Menendez Murders, Edie Falco is a 14-time Emmy nominee and four-time winner, receiving one for her starring role in HBO’s Nurse Jackie (2009-2015). According to the Mayor’s Office of Media and Entertainment (MOME), production permits for the comedy drama included 26th Street, between Broadway and Fifth Avenue; Fifth Avenue, between East 22nd and 23rd Streets; and 26th Street, between Madison Avenue and Park Avenue South.

Before her two Emmy-nominated performances as an ex-con and a hip-hop mogul’s wife on the current hit drama Empire, Taraji P. Henson played a corruption-fighting detective on the sci-fi crime series Person of Interest (2011-2016). Flatiron District production permits, according to the MOME, included Madison Avenue, between 23rd and 24th Streets; 24th Street, between Madison Avenue and Park Avenue South; and 23rd Street, between Broadway and Fifth Avenue.

And although the popular scripted series White Collar on the USA Network never received an Emmy nomination during its five-year run from 2009-2014, the program remains a viewer favorite in syndication. The showfeatured Matt Bomer as a con man who offered his expertise to the FBI in capturing criminals. Flatiron District film permits were granted, notes the MOME, for areas that included Madison Square Park’s Fifth Avenue sidewalk between 25th and 26th Streets; 26th Street, between Broadway and Sixth Avenue; and Broadway between 25th and 26th Streets.