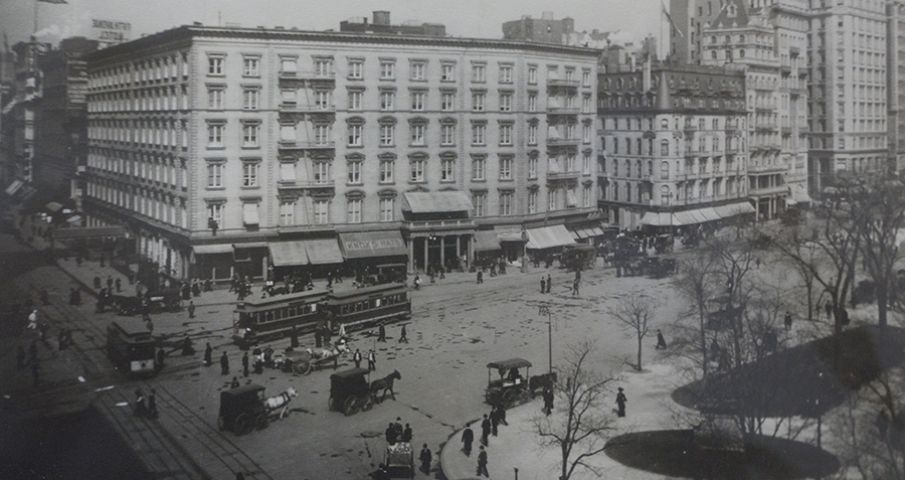 On the morning of July 30, 1870, readers were treated to the following passage on the front page of The New York Times: “A murder more atrocious and more shocking than any recent crime, was committed during the early hours of yesterday morning, in the princely mansion of Mr. Benjamin Nathan, who fell under the hand of the assassin at No. 12 West Twenty-third Street.”

It was a sensational case, filling newspapers for weeks, not only here but also in Europe. And it was a murder made even more scandalous by the prominence of the victim, the brutality of the killing and the scene of the crime. At the age of 56, Benjamin Nathan was one of New York’s most prominent citizens: a former vice president of the New York Stock Exchange; a past president of Congregation Shearith Israel, the oldest Jewish congregation in the United States; and a founder of the Jews’ Hospital, which later became Mount Sinai.

He lived in what was regarded as one of New York’s most tasteful homes in one of the most fashionable parts of town, a high-stoop brownstone just west of Fifth Avenue. It is still there. Today, a Qdoba Mexican Grill is at street level and the side of 200 Fifth Avenue is across 23rd Street, but in 1870, the Nathan brownstone faced the white marble façade of the elegant Fifth Avenue Hotel and stood back-to-back with the home of Samuel F.B. Morse, the inventor of the telegraph. Next door, at 14 West 23rd, was a brownstone owned by a family named Jones, whose young daughter Edith would become better known as Edith Wharton.

Little Edith was eight years old at the time of the murder, traveling in Europe with her family. Otherwise she might have been awakened by the shrieks coming from the Nathan brownstone in the early hours of July 29. Just before dawn, Patrolman John Mangam of the 29th Precinct was making his rounds along 23rd Street when he heard the screams of two agitated young men, both still in their nightshirts, calling to him from the stoop of the Nathan home. They were two of Benjamin Nathan’s nine children, Frederick, 25, and Washington, 23. They summoned Mangan inside, and there, up one flight of stairs, lay the savagely beaten body of their father. The apparent murder weapon was discovered almost immediately, a heavy iron bar called a carpenter’s dog, about 18 inches long with the ends turned at right angles. One end was caked with blood and gray hairs.

The brownstone had been half empty that night. Others in the Nathan family were at their country home in Morristown, N.J., and aside from Benjamin and the two sons, the others in the house were Anne Kelly, the housekeeper, and her son, William. The immediate prime suspect was Washington, a reputed ne’er do well who often quarreled with his father about the way he conducted his life, and who was said to spend some $30,000 a year on self-indulgent pleasures. Describing his activities on the night of the murder, he told police he had spent three hours being entertained at a maison de joie at 104 East 14th Street.

An inquest followed, rewards were offered, and many theories were put forth, but in the end, no one was ever charged with the crime. It remains unsolved. One supposition that seems to have lasted, however, has to do with Benjamin Nathan’s brother-in-law, a well-connected judge named Albert Joseph Cardozo. Politically powerful, closely allied with the notorious Boss Tweed and already implicated in a corruption scandal of his own, Cardozo “took charge” of the investigation. According to many accounts, he did all he could to impede it, fearing the emergence of “unseemly” facts that might hurt his political career and doing all he could to bury those facts.

It is ironic that Cardozo and his wife, Rebecca, only two months before the murder, had become the parents of Benjamin Nathan’s newest nephew, a boy who was not only named for him but who later became one of the most distinguished Associate Justices in the history of the U.S. Supreme Court: the honorable Benjamin Nathan Cardozo.