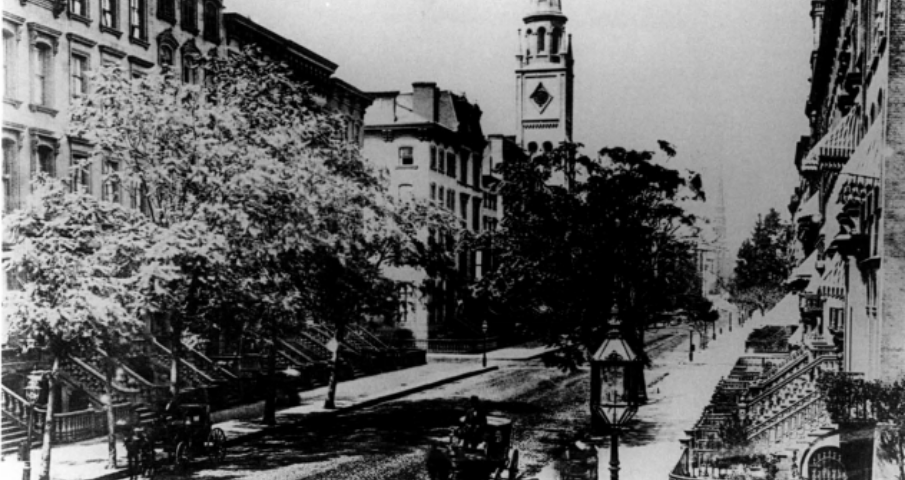 This month Madison Square North marks its 20th anniversary as a designated historic district. To celebrate the June 26, 2001 classification by New York City’s Landmarks Preservation Commission, the Flatiron Partnership will highlight here events that paved the way for this decision in the area extending from 25th to 29th Streets, between Madison and Sixth Avenues. 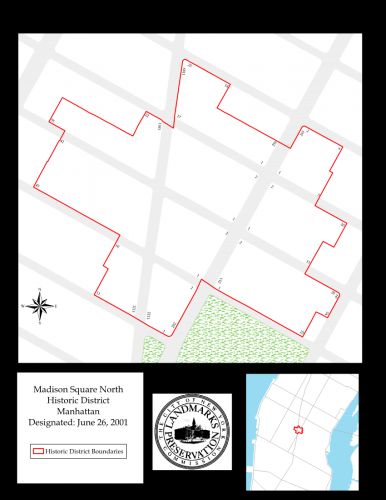 During the late 1800s, Madison Square North was known as an entertainment epicenter, a hub for hotels, and the place for brownstone palaces owned by the city’s prominent citizens. According to Miriam Berman’s book Madison Square: The Park and Its Celebrated Landmarks, residents of the former farmland settlement included American Museum of Natural History co-founder Benjamin H. Field, industrialist James Burden, and the Schieffelin family, pharmaceutical developers who were also “the first to refine petroleum in New York City.”

By 1895, however, large office buildings began to surface in the neighborhood, and this construction boom brought an increased “scale and intensity” to the area, noted the Landmarks Preservation Commission’s Madison Square North Historic Designation Report issued in 2001. “Some of the earliest examples were the Baudouine Building (1896), Revillon Building (1896), Townsend Building (1897), St. James Building (1896-98) and Brunswick Building (1906-7),” indicated the report. “Ten or more stories tall, most were designed in the Classical Revival or Beaux-Arts style. Architectural firms and related businesses became the primary tenants.” 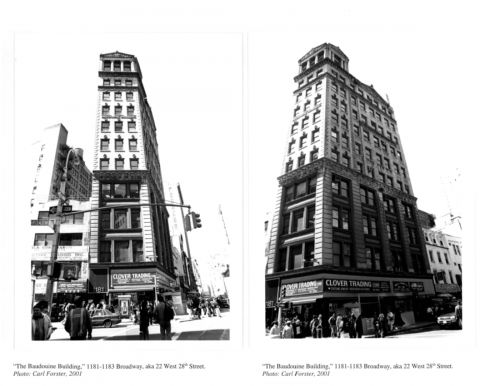 Commercial building construction would continue to thrive in the community at the turn of the century. The LPC report noted that “the growing presence of financial institutions around 1900 coincides with the neighborhood’s transformation from an area of late evening activities to one dominated by office workers.” And with the 1910 debut of the Pennsylvania Station railway depot in nearby Midtown Manhattan, there would be greater access for companies from across the country to Madison Square North. The region was now becoming a much more desirable business destination with the added inclusion of loft buildings as part of its property portfolio. 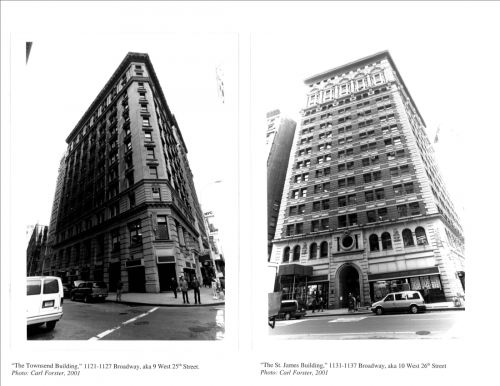 “Targeted to mainly wholesale merchants, these slender twelve- to eighteen-story tall buildings featured separate freight lobbies, high ceilings, and large floor plates interrupted by a minimum of columns,” wrote the LPC report about the neighborhood’s loft-style structures. One notable skyscraper in the area was 261 Fifth Avenue (1928-29), located between 28th and 29th Streets. The LPC described the 26-story, Art Deco tower with “distinctive polychrome terra-cotta ornament and geometric brickwork” as one “built to house showrooms, offices, and lofts.” 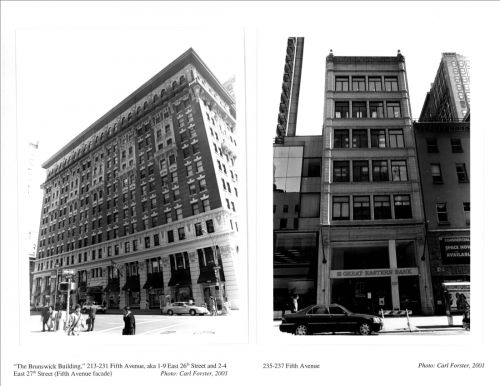 The property, however, became one of the last of its kind built during the community’s high-rise development period. The nation was now entering the Great Depression, which limited the level of building construction from 1929-1933. By 1939, wrote The WPA Guide to New York City, Madison Square North had evolved into an environment where “factories and salesrooms of the toy, novelty, silk, woolen, and men’s clothing industries and headquarters of benevolent and welfare organizations are scrambled throughout.” It would take decades for Madison Square North to make a return to the real estate spotlight once again, albeit in an unexpected way.

A renewed interest in the neighborhood was launched, in part, by the early efforts of the newly- formed Landmarks Preservation Commission. Created in 1965, the municipal agency set out to help safeguard historically significant structures within the five boroughs. Soon, a number of Madison Square North properties and premises in the surrounding region began to receive LPC historic designation status. They included the Flatiron Building at 175 Fifth Avenue in 1966, Gilsey House at 1200 Broadway in 1979, the Metropolitan Life Insurance Tower at 5 Madison Avenue in 1989, and the New York Life Insurance Building at 51 Madison Avenue in 2000.

In addition to the building designations, a plan was introduced to name a portion of Madison Square North a historic district. The LPC proposed 10 blocks and 96 buildings in the neighborhood, which encompassed the area that extended from 25th to 29th Streets, between Madison and Sixth Avenues. “At first glance, it is a motley amalgam; not the kind of cohesive cityscape found in the nearby Ladies’ Mile Historic District,” according to The New York Times on July 15, 2001. And noted then LPC Chair Sherida E. Paulsen to the newspaper, “When I first came down here, I thought, ‘It doesn’t hang together.’ But then I realized, ‘My God, it’s intact.’”

Attendees at the LPC district designation public hearing on May 29, 2001 included representatives for then New York City Councilmember Christine Quinn, New York State Senator Thomas K. Duane, and New York State Assemblyman Richard N. Gottfried, as well as organizations such as the Historic Districts Council, New York Landmarks Conservancy, and the 29th Street Neighborhood Association. There were 14 people who spoke in favor of the designation, while three property owners opposed their buildings to be part of the plan.

Then, nearly one month after the LPC public hearing, the proposed historic district designation in Madison Square North was approved by the agency on June 26, 2001. The LPC’s findings report concluded that “on the basis of a careful consideration of the history, the architecture, and other features of this area, the Madison Square North Historic District contains buildings and other improvements which have a special character and a special historical and aesthetic interest and value and which represent one or more eras in the history of New York City and which cause this area, by reason of these factors, to a constitute a distinct section of the city.” 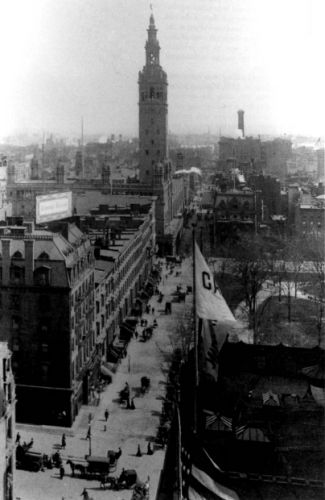 LPC Chair Paulsen further explained to The New York Times on July 1, 2001, “What is so unique and interesting is that the buildings there are really intact, with the original historic fabric of materials, storefronts, walls and windows. It was wonderful to find that level of integrity in these great commercial buildings, just sitting there in the middle of the city.” But, added New York State Senator Duane, who represented the vicinity in 2001, “We have to be vigilant so elements of the buildings are not destroyed even with the landmarking. This is a hot area right now.”