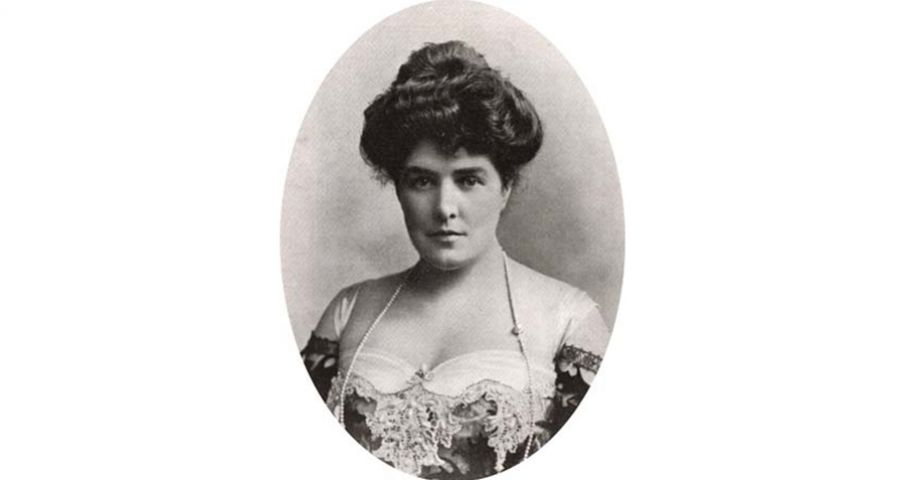 A brunette beauty with bold brows, Jeanette “Jennie” Jerome was born on January 9, 1854, the second child of New Yorkers Leonard Jerome, 36, and his wife Clarissa, 28, at the couple’s four-story brownstone in Cobble Hill, Brooklyn. Of the three girls, it was Jennie who became her father’s favorite, and as a young woman, along with siblings Clarita and Leonie, gained status in high society as the “Dollar Princesses.” Leonard Jerome had become one of New York’s richest residents by engaging in stock speculation, gaining the nickname “King of Wall Street,” and dubbed as “Father of the American Turf” for his horse racing track properties.

The family’s growing fortune afforded the Jeromes relocation to Manhattan’s fashionable Flatiron District, where their dream house became a reality at the corner of 26th Street and Madison Avenue in 1859. Built for a reported $200,000, the six-story Jerome Mansion also included an $80,000 black walnut stable for thoroughbreds, fulfilling a passion for horses held by Jennie and her father.

At an August 1873 regatta reception on England’s Isle of Wight, Jennie, then 19, met Lord Randolph Churchill, 24, a newly elected member of Parliament. After just three days, the pair became engaged and married at the British Embassy in Paris on April 15, 1874. Several months later, Lady Randolph Churchill gave birth prematurely to their first child Winston on November 30, 1874, in Woodstock, Oxfordshire, England. The couple’s second son, John, was born on February 4, 1880 in Dublin, Ireland.

By the time Winston was eight, he was enrolled at a boarding school, and often wrote notes to the mother he missed so much, signing off his correspondence with ‘Your loving son, Winny.’ Recalled Winston of his childhood, “She shone for me like the Evening Star. I loved her dearly––but at a distance.” Their bond grew in later years and Winston noted, “She left no wire unpulled, no stone unturned, no cutlet uncooked.”

Jennie Jerome died from a hemorrhage at the age of 67 on June 29, 1921. More than half century after her death, the family’s lavish Flatiron mansion was replaced by Forty-One Madison, the 42-story New York Merchandise Mart. Reflecting on his mother’s passing, Winston revealed, “I do not feel a sense of tragedy but only loss. Her life was a full one. The wind was in her veins.”