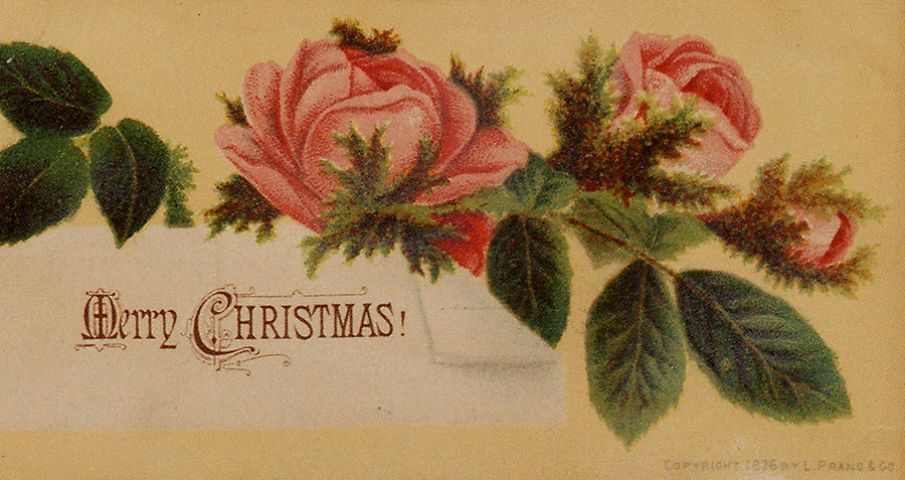 It’s the digital age but conventional holiday cards remain a longtime favorite format of season’s greetings for family and friends. As traditionalists take their pen in hand during this 75th anniversary of the U.S. Postal Service’s “Mail Early” Christmas campaign, the Flatiron/23rd Partnership looks back at notable wholesale holiday card manufacturers and stationers who flourished throughout the neighborhood a century ago.

“Americans purchase approximately 6.5 billion greeting cards each year,” according to the Greeting Card Association (GCA). “Annual retail sales of greeting cards are estimated between $7 and $8 billion.” According to the GCA, Christmas cards are the most popular seasonal cards among consumers today, with some 1.6 billion units purchased each year, which includes boxed cards.

The beginnings of the U.S. greeting card industry date back to 1856 when Louis Prang, who was born in Breslau, Prussian Silesia, in what is now Poland, opened a lithographic business near Boston. By 1875, Prang made his debut with the first complete commercial line of Christmas greeting cards for the American market. Within five years, Prang reportedly produced more than five million cards a year and is now recognized as the “Father of the American Christmas Card” by the GCA.

“Collectors today still seek out Prang’s beautiful Christmas cards,” notes the New England Historical Society website. “They were printed on high-quality paper and lavishly decorated with as many as 30 colors applied to a single print. Some were embossed, varnished and embellished with fringe, tassels and sprinkles. And, according to the website Quartz, “While Christmas took the lion’s share of season’s greetings, card makers soon added designs to celebrate other denominational holidays: by the 1920s, there were Jewish New Year cards, by the 1940s, Hanukkah cards.”

At the turn of the 20th century, greeting card businesses began to surface as commercial entities in the Flatiron District. One such notable manufacturer and wholesale dealer of greeting cards was the Thompson-Smith Company at 263 Fifth Avenue. “The 1914 Christmas line ranges in wholesale price from $15 per thousand to $5,000 per thousand,” reported The American Stationer in 1913 about the Thompson-Smith Company’s plans for the upcoming year. “It gives that portion of the public that wants to spent 5 cents for a greeting card the very best that can be offered at that price, and for those who want more elaborate cards there is a selection of up to $10 apiece.”

Barse & Hopkins, publisher of the holiday book classic A Christmas Carol by Charles Dickens, was also engaged in the card making business at its 28 West 23rd Street location. At the 1922 Gift and Art Show, the company reportedly featured several samples of merchandise for retail buyers such as Christmas enclosure cards, tags and seals, and calendars that were displayed by the firm’s exhibit representatives William J. Barse and Irving G. Hopkins.

Christmas and New Year’s postcards were another format for customers to send holiday wishes. The Atlas View Card Company at 10-12 East 23rd Street offered leather postcards as well as picture postcards made from photos. A sample dozen reportedly sold for 15 cents, and a special sample selection prepaid offer cost 50 cents.

Businesses also purchased print advertising space in publications seeking sellers for their festive cards. In a 1951 edition of Popular Mechanics, the Fanmour Corp. at 200 Fifth Avenue sought so-called “agents” who could “easily make $27.50 a day selling 50 outstanding Christmas boxes. Up to 100% profit.”

Nowadays, much of the card manufacturing industry has since moved from the Flatiron District. There are, however, a number of prominent and profitable stationers and retailers who continue to sell holiday cards in the community. They include Papyrus at 655 Sixth Avenue, between 20th and 21st Streets, and 940 Broadway, between 22nd and 23rd Streets, Flying Tiger Copenhagen at 920 Broadway, between 20th and 21st Streets, Memories of New York at 206 Fifth Avenue, between 25th and 26th Streets, and Trader Joe’s at 675 Sixth Avenue, between 21st and 22nd Streets. The holiday greeting card legacy of Louis Prang also continues to prosper through his self-described definition as an artistic individual who produced “for the enjoyment of the masses.”