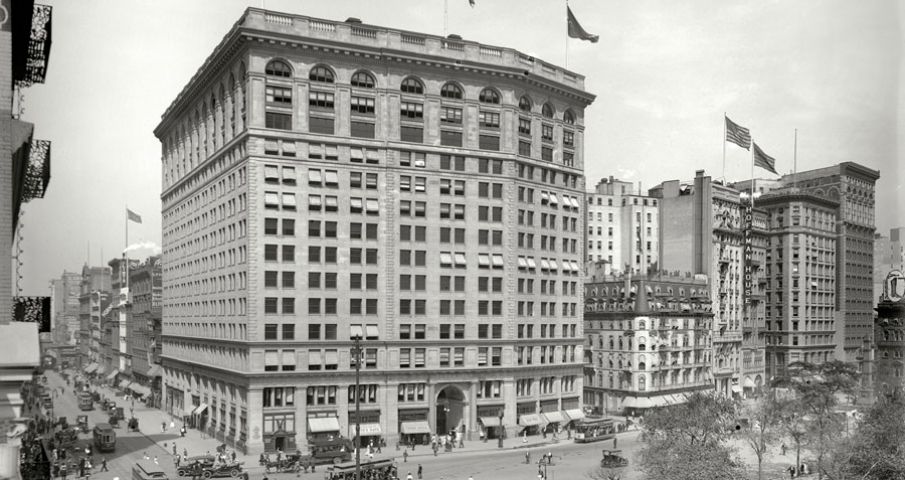 The historic International Toy Center, one of the best-known buildings in the Flatiron district, is in transition.

Acquired in 2007 for almost half-a-billion dollars by L&L Holding Co., a privately held real estate investment firm, the 800,000-square-foot property is being converted into a Class A office building, with retail shops and restaurants at street level. The purchase includes a four-story building at 23 West 23rd Street, next to the Toy Center, whose formal address is 200 Fifth Avenue.

“We intend to transform 200 Fifth Avenue into a very chic and exciting office building, befitting its history and location,” said David W. Levinson, chairman and chief executive officer of L&L, shortly after the acquisition. “Everything but the facade of this building will be new.”

Proposed renovations include a series of hanging gardens in the interior courtyard, and the possibility of a sky lobby on the top floor and a roof garden.

The 16-story Toy Center opened as an office building in 1909, with construction completed a few years later. Designed by the architects Maynicke & Franke, it rose on the site of what 70 years earlier had been farmland. In 1839, a farmhouse that stood where Fifth Avenue and 23rd Street now intersect became a roadhouse called Madison Cottage. It was the last stop for northbound travelers on their way to the wilds of upper Manhattan.

The cottage was replaced by a theatrical venue called Franconi’s Hippodrome in 1853, then became the Fifth Avenue Hotel in 1859. The hotel catered to the bold-faced names of the day, from Mark Twain to Ulysses S. Grant. Its guests paid up to $2.50 a night for the privilege of staying there. That included four meals a day — as well as dining privileges for guests of guests. On the sidewalk outside the hotel, which faced Madison Square Park and the trolleys that trundled along Broadway, stood the landmark clock that still gives passersby the time of day.

By 1908, the area had become a thriving commercial center and a year later, 200 Fifth Avenue opened. The present building became a center for toy manufacturers in the years following World War II, continuing as such until recent years when the toy industry began relocating.