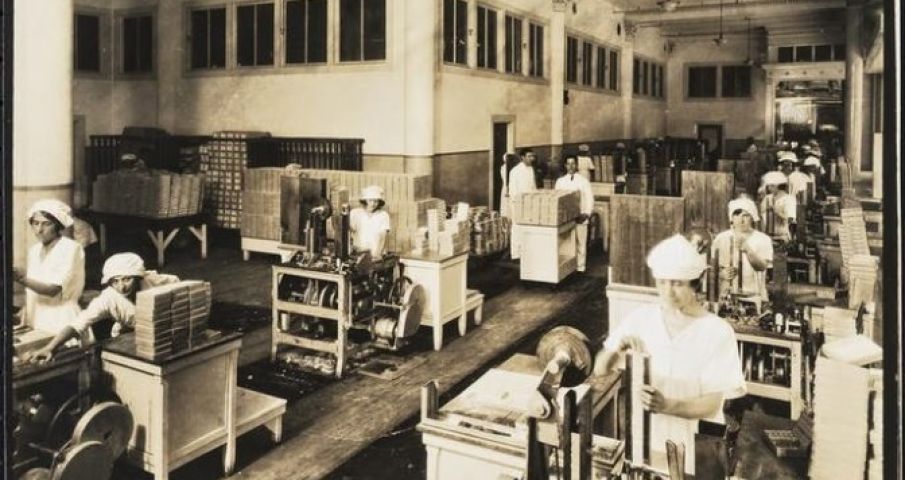 As Halloween lovers young and old prepare for All Hallows’ Eve with safety protocols in place due to the coronavirus pandemic, the Flatiron/23rd Street Partnership offers this historic look at the launch of Hershey’s Chocolate and Chewing Gum Factory in the area. A century ago, the candy manufacturer was an integral business on Sixth Avenue, between 21st and 22nd Streets, and is now a site occupied by signature grocery chain Trader Joe’s.

With his declared dedication to the making of chocolate, Milton S. Hershey established the Hershey Chocolate Company in central Pennsylvania in 1894. “Using equipment purchased at the 1893 World’s Columbian Exposition,” writes The Hershey Story, “Milton Hershey began experimenting with boiled milk, sugar, and cacao beans in an effort to create affordable milk chocolate that could be mass-produced. In a few years, he perfected his recipe and by 1903 was breaking ground for a new factory in the town that bears his name,” Hershey, Pennsylvania.

A casual meeting with a cousin in 1915, however, led Hershey to consider a new product for his company. According to the Hershey Community Archives, Milton Hershey and Clayton Snavely were strolling on Atlantic City’s boardwalk when they noticed a billboard advertisement for Wrigley Gum. Milton told Clayton, “Beech Nut-Gum has been a phenomenal success. It has gone to their heads, and they think they’re going to put the name Beech-Nut on chocolate and put Hershey out of business. Well, there’s only one way to meet fire. It’s to fight it with fire. I’m thinking about doing something in the chewing gum line.” Soon the Hershey brand “Easy Chew” was born. 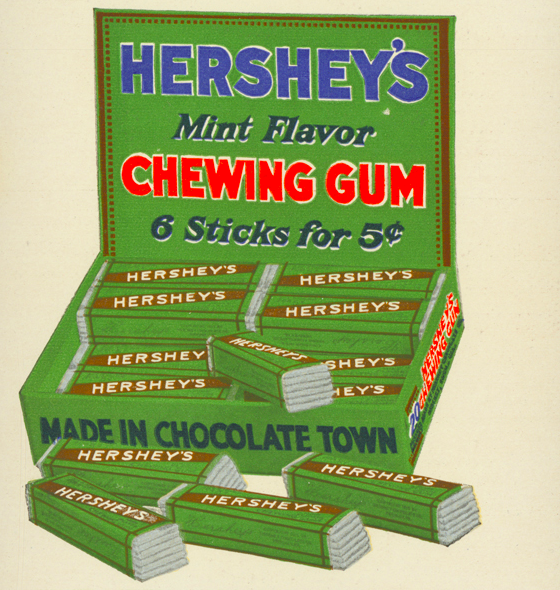 By 1919, the Pennsylvania company’s booming chewing gum and chocolate production expanded to a New York City property that then bore the address of 675-691 Sixth Avenue, between 21st and 22nd Street. At the time, Hershey’s made “chocolate coating and some bar goods [and] chewing gum”.

Hershey’s move to Manhattan got plenty of press. “One of the largest chocolate making concerns, owners of an entire town, have selected for their local headquarters one of the abandoned Sixth Avenue department stores for which they will pay more than $62,000 a year in rental,” wrote The Sun in 1917 about the company’s partial relocation to the City. And according to the Real Estate Record and Builders’ Guide, “The lease was made necessary by the growth of the business and the many advantages to the company of having a portion of its plant in the metropolitan district of New York.” 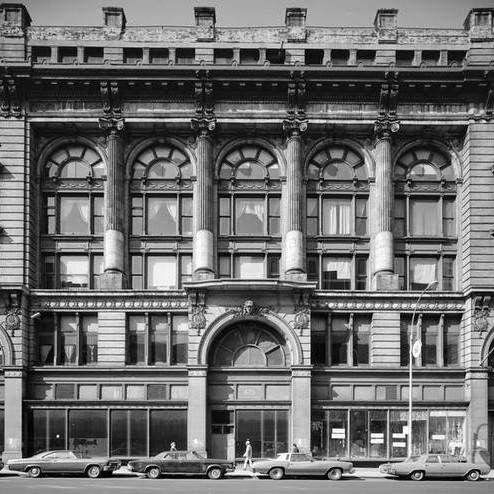 Sixth Avenue between 21st and 22nd Streets in 1978 by Edward V. Gillon via Museum of the City of New York.

Prior to Hershey’s 1919 occupancy in the building, the Sixth Avenue property was initially created for retailer Samuel A. Adams and his dry goods firm. Designed by Theodore De Lemos and August Cordes, and the team later behind Macy’s at Herald Square, the stunning six-story Beaux-Arts structure was erected between 1900 and 1902. “Three handsome entrances on Sixth Avenue will give access to the store, each flanked by pilasters of polished granite, with artistic bronze scroll work,” reported The New York Times on December 23, 1899. The approximately 200,000 square feet of floor space also featured a colossal colonnade above the second story to be seen by riders on the El, the elevated railway used by shoppers to the area. 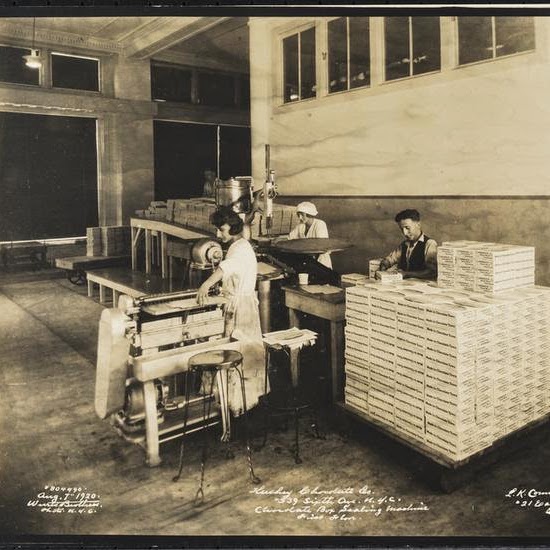 Inside the Hershey factory on Sixth Avenue via Bowery Boys History.

Soon after Hershey moved into the building, the company’s Sixth Avenue location was “whirring with the sound of boilers, mixers, candy presses, and wrapping machines, sending out five thousand boxes of chewing gum a day, and a lesser amount of other candy items,” notes Bowery Boys History. “Orders increased and production leapt to keep up with them,” writes the Hershey Community Archives. “More equipment was added and before long there were 24 wrapping machines. About a hundred people were working full time, ten-hour days and a half day on Saturday, a 54-hour week.”

“Unfortunately, orders did not match production,” notes the Hershey Community Archives. Also, at this time, the federal government restricted raw material imports that were for the manufacturing of non-essential products. Because chewing gum was not regarded as essential, Hershey could not get sugar or chicle for his chewing gum. Thus, all production at the Sixth Avenue facility came to a halt in 1924. 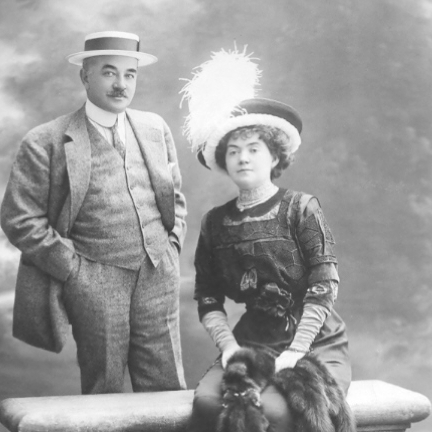 Mr. and Mrs. Hershey via The Hershey Story.

By the 1930s and beyond, the property’s primary use included office and warehouse space. Hershey’s factory operation returned to central Pennsylvania, where it all began for founder and entrepreneur Milton Hershey, also dubbed the ‘Chocolate King’. Later, Hershey also became known for his philanthropic efforts through a non-profit foundation that helped provide aid to others. “We should deal with one another not as classes but as persons, as brothers,” Hershey once said. “The more closely we work together, the more effectively can we contribute to the better health of all mankind; this should be our common objective and its achievement would make the world a happier place in which to live.”

Header and Thumbnail Image Credit: Museum of the City of New York