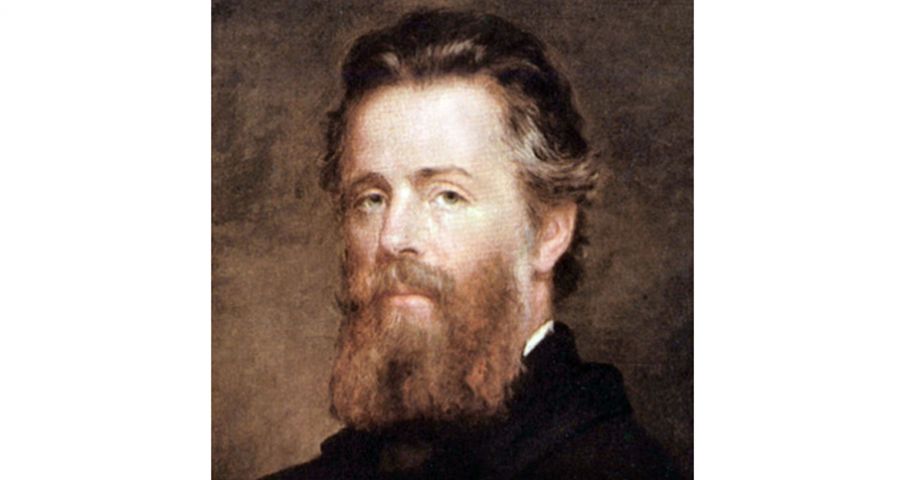 Considered a rising star among New York’s literary elite in the 1840s, Moby-Dick novelist and native Manhattanite Herman Melville had published several books by the age of 35. Within a decade, however, the public’s adulation for the author’s work had begun to fade. The married father of four also realized he could no longer provide the proper financial support for his family’s lifestyle by farming and writing at their Pittsfield, Massachusetts home he called “Arrowhead.”

Allan Melville, a lawyer and younger brother of the writer, offered to sell his 104 East 26th Street townhouse in Flatiron to Herman, according to Melville historian Hershel Parker in the 1997 edition of the Harvard Library Bulletin. “Elizabeth Melville paid over to Allan approximately $5,750 from her inheritance from her father, who had died in 1861,” said Parker of the property purchase, and by 1863, the family made their move to the District.

The three-story home measured 20′ x 45′ on a 98′ 9″ lot with “a narrow backyard stretching a good forty feet,” noted Parker. “It was dark–no windows on either side because it was a row house.” The New York Times wrote in 1982, “Melville could look up from the stoop of his home and see a nude golden Diana, the mythical huntress, poised on one foot, aiming her arrow in his direction from her tower crown on Stanford White’s gleaming new Madison Square Garden.”

Mostly furnished with inherited items, the home’s features included a green fabric sofa, a set of Empire chairs with dolphin handrests, and oil paintings of Melville and his maternal grandfather, American Revolutionary War General Peter Gansevoort. According to Herman’s granddaughter Eleanor in Hershel Parker’s Herman Melville: A Biography Volume 2 1851-1891, his second floor study was seen “as a place of mystery and awe. The great mahogany desk, heavily bearing up four shelves of dull gilt and leather books.” Added granddaughter Frances, “There was no wall space at all, just books, books, books. His huge desk had interesting things on it including a rolling ruler decorated with different varieties of green ferns, a large velvet pincushion mounted on an iron stand and a little black metal candlestick for sealing wax.”

Primarily a poetry, magazine, and occasional book writer now, Melville’s wages reportedly contributed little to the household’s income. His earnings, however, changed in 1866 when he was hired as a $1,000-a-year Custom House Service district inspector. ”He walked from his house west to the Hudson River,” said Prof. Stanton Garner of the University of Texas at Arlington to The New York Times in 1982 about Melville’s work in the civil service sector until his resignation in 1885. “But he used his idle hours near the piers to write on little scraps of paper.”

Melville lived the last 28 years of his life in the townhouse. He died of heart failure at his home on September 28, 1891 at the age of 72 and was buried in Woodlawn Cemetery in The Bronx. Within several months of his death, Melville’s wife Elizabeth sold their Flatiron home for a reported $16,250.

In tribute to the late author, the Herman Melville Society, whose members are dedicated to the study and appreciation of the 19th century writer, placed a bronze plaque at the former location of Melville’s Flatiron home in 1982. It reads: “Herman Melville The American Author Resided from 1863-1891 at This Site 104 East 26th Street Where He Wrote Billy Budd Among Other Works.” And in 1985, the Society dedicated the intersection of Park Avenue South and 26th Street as Herman Melville Square in 1985. “Melville was a born romancer,” reported The New York Times in their 1891 obit essay. “It was the romance and the mystery of the great ocean and its groups of islands that made so alluring to his own generation the series of fantastic tales in which these things were celebrated.”