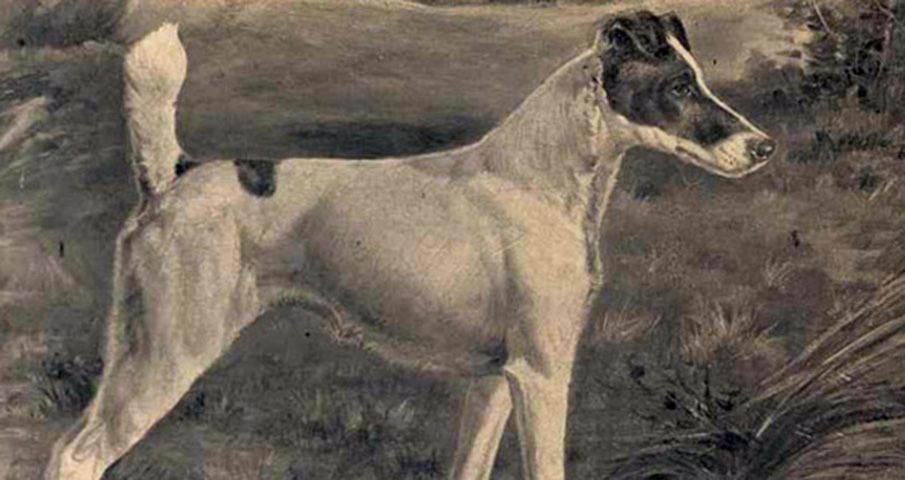 As the Westminster Kennel Club preps for this year’s Madison Square Garden show held from February 10th through February 13th, the Flatiron/23rd Street Partnership takes a trip back to the late 19th century for a look at the first-ever Best in Show competitions for dogs and cats that made their debut in the arena’s former location on Madison Avenue and 26th Street.

The Westminster Kennel Club was an idea created by an elite group of local dog owners. These men gathered to have boastful conversations about themselves and their pet’s physical prowess at the upscale Westminster Hotel on Irving Place and 16th Street, a place where notables such as British author Charles Dickens stayed while visiting New York City.

“There, sporting gentlemen used to meet in the bar to drink and lie about their shooting accomplishments,” stated author William F. Stifel in The Dog Show: 125 Years of Westminster. “Eventually they formed a club and bought a training area and kennel. They kept their dogs there and hired a trainer.”

By 1877, the club members had incorporated their new name, Westminster Kennel Club, and scheduled their first dog competition for May 8th. The event was initially known as the First Annual New York Bench Show of Dogs. The dogs had been assigned to benches when not being viewed by judges in the ring. “This allowed for interaction of dogs and their owners with spectators and other owners and breeders as an educational process,” notes the WKC website.

The four-day event took place at Gilmore’s Garden, a passenger depot property on Madison Avenue and 26th Street then owned by railroad and shipping magnate Cornelius Vanderbilt, who leased it to “When Johnny Comes Marching Home” lyricist Patrick Gilmore. The building was later renamed Madison Square Garden by the Vanderbilt family in 1879.

Of the 1,201 entries at the dog competition, wrote The New York Times on February 1, 1976, a number of the contestants, which included two Deerhounds bred by the Queen of England and two Staghounds from a pack owned by the late General George Custer, were seen “rigged up with ribbons, mats, cushions, bells and lace collars, in the most dainty style.”

The show’s opening day attracted an estimated 8,000 spectators and as many as 20,000 its second and third days, which led to adding a fourth day with those proceeds donated to an ASPCA home for stray and disabled dogs. “There was a very good attendance all day, and at night the crush was so great that the utmost difficulty was experienced moving about,” reported The New York Times on May 9, 1877. “The streets outside were blocked with liveried carriages, and the gentlemen who served as ticket sellers could not make change fast enough to suit the throng that was clamoring for admittance.”

The outdoor recreation magazine Forest and Stream also offered a favorable review. “To say that the dog show held in the city last week was a success would but poorly convey an idea of what the result really was,” declared the publication. “It was a magnificent triumph for the dogs and for the projectors of the show. We question if on any previous occasion has there ever assembled in this city such a number of people at one time, and representing as much of the culture, wealth and fashion of the town.”

Absent from the competition, however, was the Best in Show award, which would become a newly created honor three decades later in 1907. In that year, followed by the next two, a female Smooth Fox Terrier named Warren Remedy won the award. A native of Allamuchy Township, New Jersey, the 20-month-old had been bred by socialite Winthrop Rutherford, a featured character prototype in the novels of Flatiron native Edith Wharton. To this day, Warren Remedy remains the only recipient of three Best in Show wins.

Following the popularity of competitions that showcased man’s best friend, feline lovers soon sought the spotlight. The National Cat Show, the first recognized formal cat show in North America, premiered at Madison Square Garden on May 8, 1895. The four-day event featured 176 cats and was organized by James T. Hyde, an Englishman who had work at the Garden’s horse shows.

The first cat show in New York was a great success,” wrote Frances Simpson in her book The Book of the Cat, “from the time the doors opened till its close, though the temperature–which was for part of the time as high as 96 degrees–was hard upon the cats, especially those that had just come from England.”

According to The New York Times on May 11, 1895, “The care of the cats at the Garden has been made a special feature of the show. Fresh milk is provided them three times a day, and the cooked and raw meat given them is fresh. Food can be had for them whenever their owners think they need it. Persons desiring to take their cats home at night are allowed to do so after forfeit of $5. Only about fifty have been removed at night. The others are all asleep by 11.”

A two-year-old Maine Coon named Cosey was chosen as first place winner and Best Longhaired Cat in Show. The black and gray male tabby, owned by Mrs. Frederick A. Brown, resided in Manhattan on East 27th Street. The pressures of being a contestant, however, had allegedly taken a toll on the champion cat. At the 1896 competition, Cosey reportedly “stood the flippant insults of the crowd until patience was exhausted, and the next gloved hand that was poked through the bars of its cage received a sharp blow.”