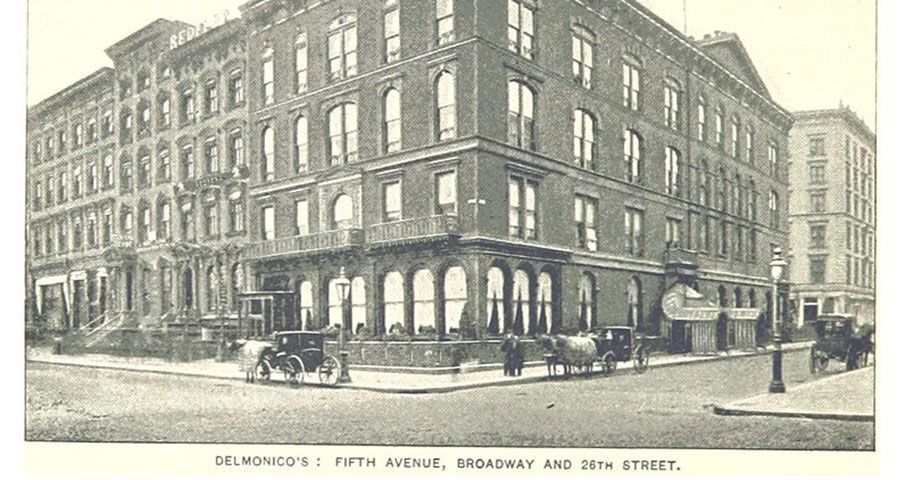 The fall social season is now in full swing! To celebrate the occasion, the Flatiron/23rd Street Partnership makes a brief return to the Gilded Age when a number of noteworthy and diverse social clubs populated the district. These clubs helped define the neighborhood as the premier clubhouse location in New York during the late 19th century.

In the summer of 1836, social club fever reportedly hit New York City. A number of prominent New Yorkers sought to replicate the style of the “great clubs of London, which give a tone and character to the society,” notes the website of the Union Club, one of the first men’s social clubs to organize in New York in 1833. Such clubs would offer visiting clientele a chance to meet for a drink, have dinner, and socialize with others.

By the latter half of the 19th century, the majority of these clubs representing varied interests could be found in the Flatiron District. The community was also the City’s primary site for entertainment venues, including numerous hotels and opulent private residences of high-profile, wealthy individuals.

There were reportedly 119 clubs in the City by 1893, with membership totaling approximately 24,000 people, noted Club Men of New York by J. H. Rossiter. “Few men in New York do not belong to at least one club, and most of them have membership in one,” according to King’s Handbook of New York City by Moses King. “The desirable clubs are usually full to their extreme limit.”

Most clubs were male only, with a few designated for women. One of the first notable women’s clubs was Sorosis, which was established in 1868. The organization encouraged “agreeable and useful relations among women of literary, artistic and scientific tastes,” wrote the Madison Square North Historic District Designation Report issued by the New York City Landmarks Commission in 2001. The club’s 350 members would meet twice a month at Delmonico’s restaurant at 212 Fifth Avenue, at 26th Street.

The best-known clubhouse in the area, however, was the Jerome Mansion at Madison Avenue and 26th Street, and was once the home of financier Leonard Jerome. Nicknamed the “King of Wall Street,” Jerome was later known as the maternal grandfather of British Prime Minister Winston Churchill. Most clubs in the community existed in much smaller properties in the neighborhood such as townhouses, hotels, and restaurants.

Initially, Jerome, who was a Union supporter during the Civil War, leased space to the Union League Club, a group of Union preservationists, in 1867 for a reported $18,000 per year. In 1899, the University Club, which was founded by Yale graduates as an alumni meeting place, became the mansion’s new occupants. Shortly after, the Manhattan Club became the mansion’s newest tenant, and the property reportedly served as a gathering place for political luminaries including U.S. Presidents Franklin Delano Roosevelt and Grover Cleveland, as well as New York City Mayor James “Jimmy” Walker.

Other significant clubs in the Flatiron District included the Harvard Club of New York City, located at 11 West 22nd Street, between Fifth and Sixth Avenues. The Club made its debut in the community in 1865 “to advance the interests of the University, and to promote social intercourse among the alumni residents in New York and vicinity,” according to King’s Handbook. The Annual Book Club for New York and Vicinity: The Elite Catalogue of Clubs for 1890-91 reported that Harvard’s membership was $410 for residents and $200 for non-residents.

The Quill Club at 22 West 23rd Street was formed in 1890 for “the promotion of fellowship and interchange of views on questions in the domains of religion, morals, philosophy, and sociology,” noted King’s Handbook. The initiation fee was $3 and yearly dues were $15.

The Lotos Club, located at 149 Fifth Avenue, between 21st and 22nd Streets, was organized in 1870 “to promote social intercourse among journalists, artists, and members of the musical and dramatic professions, and representatives, amateurs and friends of literature, science and fine arts,” reported King’s Handbook. The initiation fee was $100 and the yearly dues were $60 for residents and $25 for non-resident members.

The Salmagundi Club at 49 West 22nd Street sought to promote “social intercourse among artists, and the advancement of art,” according to King’s Handbook. Incorporated in 1880, members included crayon artists, sculptors, and draughtsmen. The initiation fee was $20 and the yearly dues were $20.

At the beginning of the 20th century, an increasing number of businesses and residents were relocating to New York’s next big cultural and economic location—Midtown Manhattan. This geographical transition would ultimately include the northward exit of a vast majority of social clubs that once decorated the Flatiron District landscape during the Gilded Age more than a century ago.