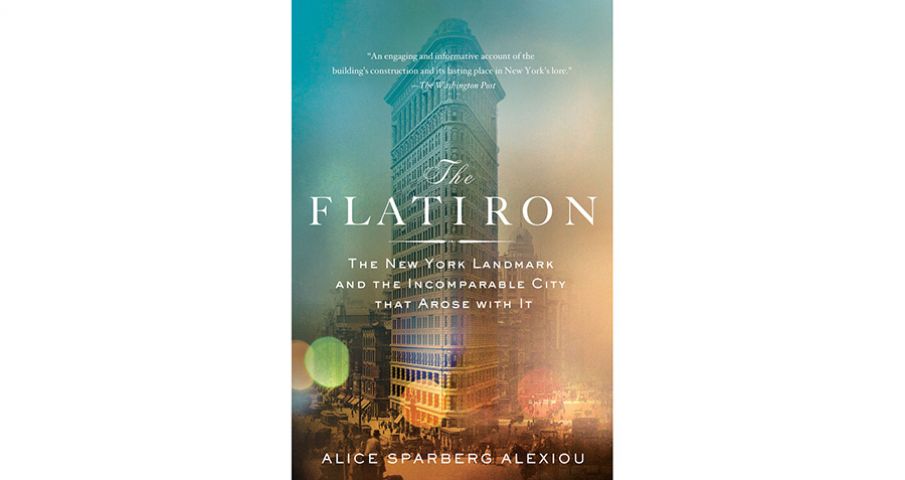 Alice Sparberg Alexiou can’t recall when she first laid eyes on the Flatiron Building. What she does know is that it’s always seemed like a member of the family. That’s because her maternal grandfather, a Hungarian immigrant named Abraham Braun who came to America in 1914 and opened a button business on 17th Street, was once an owner of the Flatiron, along with three other partners, including Harry Helmsley.

Alexiou never knew her grandfather. He died in 1947, four years before she was born. But she always knew, even before she became a writer, that she wanted to tell his story and the history of the legendary building she says was “so much” a part of her own identity.

The result, published in June, is “The Flatiron: The New York Landmark and the Incomparable City That Arose With It.” It is the tale not only of the building that has been among the most photographed in the world since its appearance in 1902, but of the people whose lives were part of it and the role it played during a pivotal period in New York’s evolution.

“Everyone is crazy about this building,” said Alexiou. “I keep trying to figure out why and the answer is that I don’t know. But it doesn’t matter. Maybe you have to decide for yourself. Part of it is the location, in the middle of an intersection, giving it an exposure other buildings don’t have. There is the weirdness of shape. You can see the building’s elevation from any angle.

“Whatever the reason,” she continued, “the Flatiron Building immediately became a popular icon. The critics thought it was an artistic disaster, but the hoi polloi loved it. Popular tastes prevail. That was the great thing about New York at the turn of the century, when the old New York world was disappearing: You could do whatever you wanted to. The Flatiron Building embodies that change in aesthetics and values that were brought over by all of those immigrants coming into Ellis Island and changing the landscape of the city. It isn’t glamorous. It isn’t sexy. It’s quirky. It’s different.”

Alexiou’s book is populated by a colorful collection of characters, some of them little-known: the feisty Colonel Winfield Scott Proskey, who refused to budge from his flat at the Cumberland Hotel, the property waiting to be demolished before work could commence on the Flatiron . . . publisher Frank Munsey, one of the first tenants at the Flatiron, who became the father of the dime pulp magazine . . . the corrupt construction union president Sam Parks, who led a Labor Day parade on a white horse while awaiting incarceration at Sing Sing Prison . . Louis Mitchell, a Harlem musician who helped introduce jazz to Paris in the 1920s and whose quintet debuted at Taverne Louis, the short-lived restaurant in the Flatiron Building basement.

But it is Harry Black, the charming and ruthless son-in-law of George Fuller, whose construction company built the Flatiron, who dominates the book. When Fuller died in December 1900, Black took over the company. When the structure was completed, he called it the Fuller Building, a name that had the shelf life of an ice cube on a griddle.

“I love Harry Black,” said Alexiou. “He was outsized, selfish, brilliant, impulsive, creative and a tragic figure. He used people and he died alone [a suicide at the age of 68]. He was a gambler. He loved excess. But unlike the Bernie Madoffs of our day, he left these incredible monuments. In addition to the Flatiron, he built the Plaza Hotel, Penn Station, the Savoy-Plaza Hotel, Macy’s, the second Fuller Building on 57th Street . . . ”

Alexiou, born in Manhattan and raised in Great Neck, didn’t start writing full-time until she turned 40. She’d been a high school Latin teacher with a Ph.D. in the classics from Fordham University until she “got sick of teaching.” She became a journalist and a magazine writer and her first book was a 2006 biography of Jane Jacobs, the writer and activist who was known for fighting urban-renewal projects that would have destroyed local neighborhoods.

The Flatiron book was next, a labor of love “because of my grandfather and because of the building.” As she wrote in the prologue, “For me, the Flatiron’s story is my grandfather’s story, but it is also something larger. It is the story of New York.”