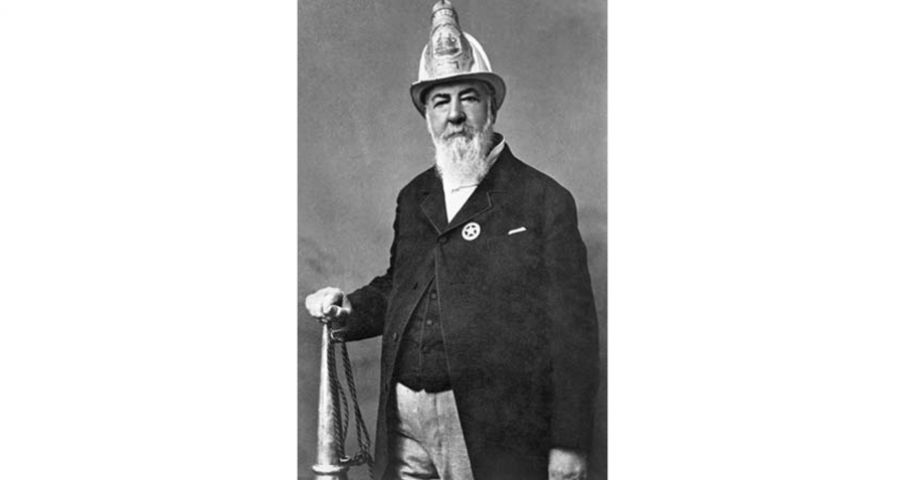 Flatiron’s ties to baseball can be traced back to 1845 when game changer Alexander Joy Cartwright and his amateur team known as the Knickerbocker Base Ball Club brought a new set of rules to play their game at a vacant lot on 27th Street.

Credited as the “father of modern baseball,” Cartwright established the nine-inning game, diamond playing field, and 20 designated regulations that are still used today. They include that all disputes and differences relative to the game, to be decided by the umpire, from which there is no appeal; members must strictly observe the time agreed upon for exercise, and be punctual in their attendance; and a ball knocked outside the range of the first or third base is foul.

It was common to see men gather for a game after work in New York. Cartwright and his team reportedly “played for pleasure and for the champagne suppers that followed their games,” with one member who wrote in his will, “All relations and immediate friends are well informed that I desire to be buried in my baseball suit, and wrapped in the original flag of the old Knickerbockers of 1845, now festooned over my bureau.”

Cartwright’s own passion for stickball began as a child growing up on Manhattan’s Lower East Side and in Flatiron. Born on April 20, 1820, the second of seven of children to shipping businessman Alexander Sr. and his wife Ester Rebecca, young Alexander, known as “Alick,” was forced to work at the age 16 due to the economic panic of 1837. He held a number of jobs, including stock brokerage clerk, bank teller, book store owner and volunteer fireman. In 1849, Cartwright moved to the West Coast for California’s Gold Rush before settling with his wife and their five children in Hawaii, where he also established a baseball field.

Sixty years after his death, Cartwright’s contributions to the sport were acknowledged by Congress and he was declared the inventor of the modern game of baseball in 1953. Also posthumously, Cartwright was inaugurated into the National Baseball Hall of Fame and Museum in 1938 in Cooperstown, New York with a bronze plaque that reads: “Alexander Joy Cartwright, Jr. ‘Father of Modern Baseball.’ Set Bases 90 Feet Apart. Established 9 Innings as a Game and 9 Players as Team. Organized the Knickerbocker Baseball Club of N.Y. in 1845. Carried Baseball to Pacific Coast and Hawaii in Pioneer Days.”