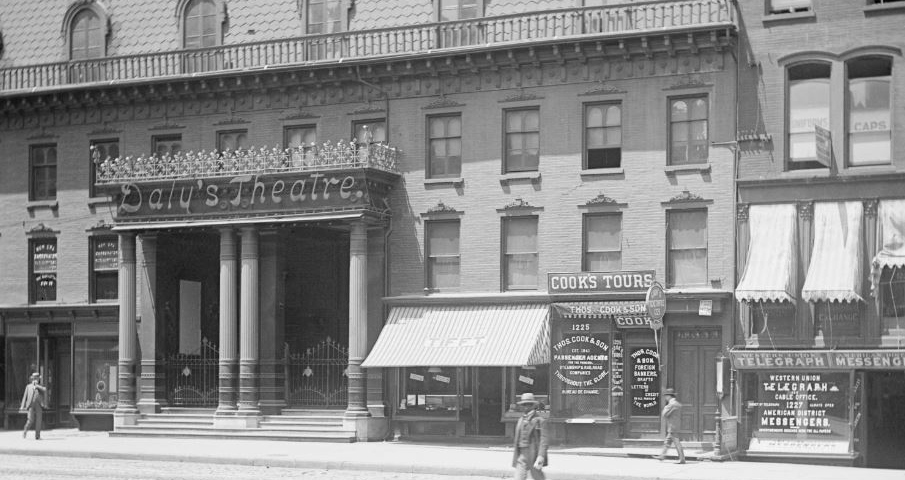 In celebration of this year’s Tony Awards broadcast on Sunday, June 12th and the program’s 75th anniversary honoring excellence in the theater, the Flatiron NoMad Partnership turns its spotlight on Daly’s Theatre. The prolific entertainment showcase featured a series of owners, including veteran theater operator and dramatist Augustin Daly and the Shubert theatrical family. The property was later redesigned into a number of platforms at its 1221 Broadway location between 29th and 30th Streets in the latter half of the 19th and early 20th centuries.

Daly’s Theatre was initially the site of Banvard’s Museum, a 40,000 square-foot property at the corner of 30th Street and Broadway. Operated by portrait painter John Banvard, the museum made its debut in 1867 and was purportedly advertised as “the cultured, educational alternative to [showman P.T.] Barnum’s gleefully tacky emporium.” Shortly after the museum’s opening, and because of Barnum’s exceptional promotional tactics to attract additional patrons by offering discount prices, the museum ultimately failed in its mission to bring in more customers.

The following year, businessman George Wood took over as property manager on Halloween 1868 and renamed it Wood’s Museum and Metropolitan Theatre. The entertainment, reported The New York Times on March 17, 1907, included “an exhibition of living curiosities.” According to The Cambridge Guide to American Theatre by Don B. Wilmeth and Tice L. Miller, Wood offered “plays, comic operas, burlesques, and variety for the next few years.”

The U.S. financial crisis of 1873, however, would contribute to the museum ending its operation. The building was then renamed Daly’s Theatre, after the purchase by America’s first recognized stage director Augustin Daly in 1879. The reported $20,000 makeover cost for Daly ranged from mantelpieces to mirrors, as well as an auditorium to seat 1,400 theatergoers.

Daly’s star actors on his stage included Clara Morris, who he declared as a “genius” and “lit up the scenes of the drama” ‘Divorce’ during her role in the 1879 production. Other featured theatrical presentations included the 1898 version of William Shakespeare’s ‘The Merchant of Venice’ starring Ada Rehan as Portia. It was also during this period that Daly continued to renovate the theater’s interior with additions such as a marble-tiled lobby floor and chandeliers.

But the lights would soon dim for Daly and the theater when he unexpectedly died of heart disease on June 7, 1899 in Paris, France. The property soon exchanged hands with a number of prospective candidates, most notably the Shubert family in 1907. “By keeping their hands in as many theaters as possible,” writes pbs.org, “the Shubert brothers began building what was to become the largest theatrical empire in the United States” during the 20th century.

Shubert ownership of the theater would be a short-lived one. The property gained yet another new operator and notoriety as a venue for burlesque productions. “The historic old playhouse,” reported The New York Times on January 12, 1915, “the theater where the Daly Stock Company, with all of its stars once played, yesterday afternoon became a burlesque theatre.” A month later, the theater was allegedly raided, and soon switched its format to become a silent movie house. Then on July 3, 1920, published reports announced that the theater would be demolished to make way for an eight-story commercial building featuring office space and showrooms.

The memory of the impressive theatrical achievements by Daly continues to live on. “Augustin Daly’s work had been accomplished,” wrote The New York Times about the native North Carolinian on March 17, 1907. “He had established for his theatre and his companies a name second to none in America. Daly’s Theatre did not pass with the passing of Augustin Daly.” 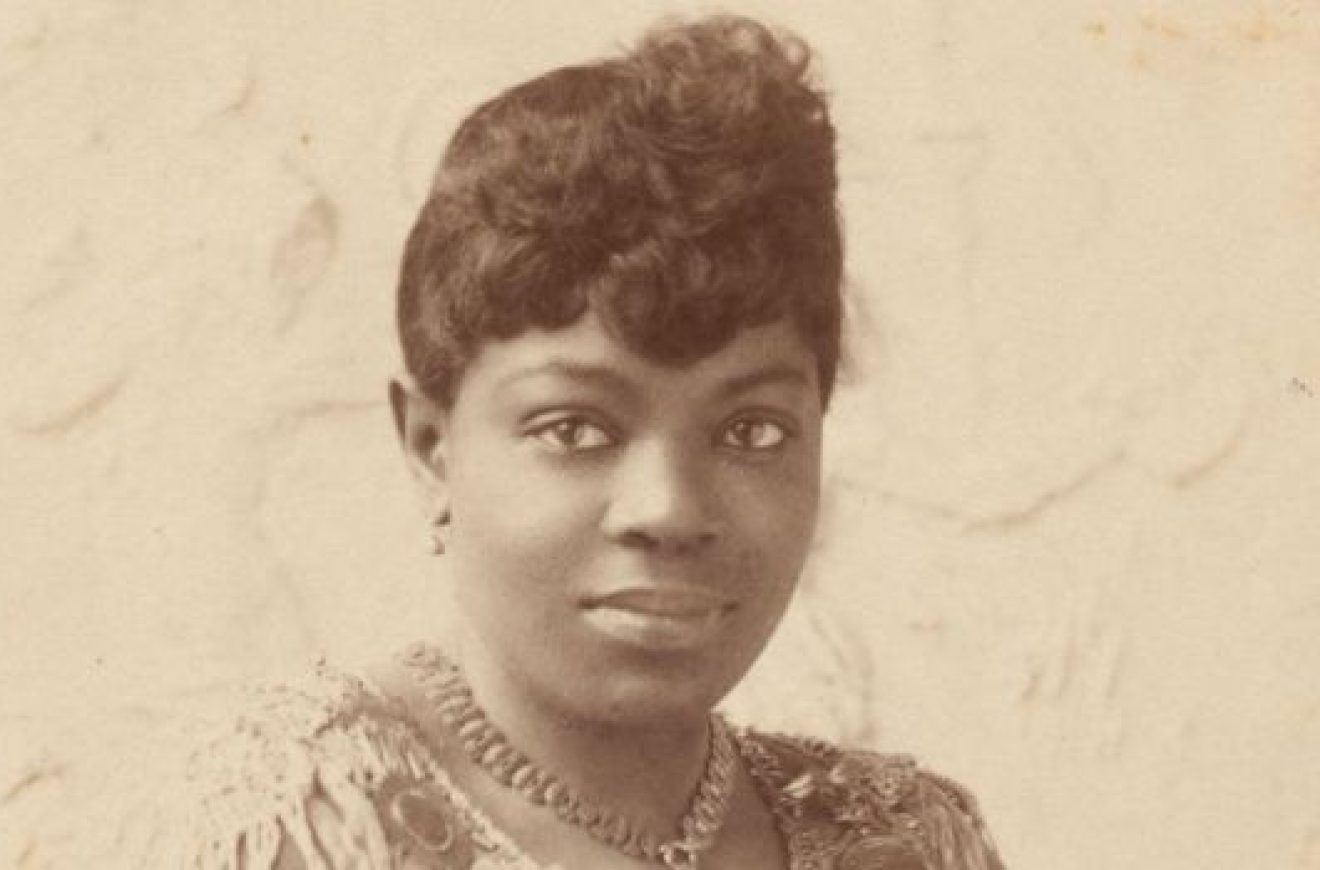