Jamie Benson & Hannah Goldman, The Straight Man at The PIT 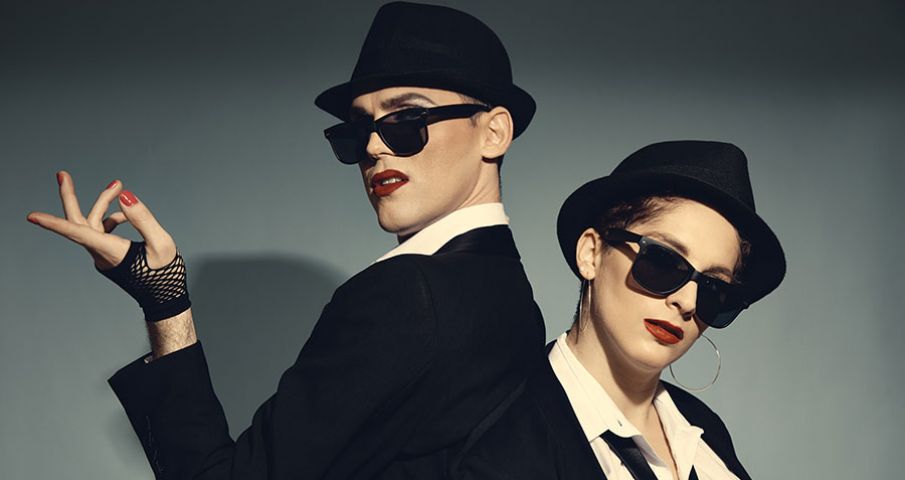 Meet Jamie Benson and Hannah Goldman, the producers and hosts of The Straight Man, a new variety show spotlighting femme and queer talent at The Peoples Improv Theater (The PIT) on Saturday, June 29th at 9:30 pm. The PIT is located at 123 East 24th Street, between Park Avenue South and Lexington Avenue.

1. You initially met during a sketch writing class. What led to your comedy partnership?

Jamie Benson: We share a sense of adventure, are both really game to take ideas too far. Besides being audacious, we play with social commentary and queer-centric themes. There’s some compatibility there.

Hannah Goldman: I always loved the sketches Jamie brought into class–they were smart, biting, and more than a little weird. After the class ended, he sent an email saying that he got a late-night slot at The PIT, so I thought, why not? I had sketch material and wanted to do stand up, so it seemed like a great opportunity to collaborate.

2. What do you enjoy most about working together?

JB: We can deftly navigate the paradox of taking comedy seriously while making fun at every step of the production process.

HG: We have a great partnership because we’re both willing to take on the work and communicate with each other. My favorite thing about working with Jamie is his straightforward and concise manner. It’s refreshing to work with someone who’s not about the bulls—t.

3. What’s the funniest thing that has happened to you while performing improv?

JB: That’s tough, because improv for me is like a fever dream that I immediately forget upon waking up. That said, I recall giving serious therapeutic advice from a toilet and doing a full interpretive dance to orgasm noises.

HG: My favorite improv memory is going to a competition in high school where I had to perform a Shakespeare soliloquy as Miley Cyrus. I won a prize!

4. You’re collaborating on The Straight Man, a production you’ve described as a “genre-busting and gender-bending variety show.” Tell us more about how this came to be at The PIT, and about your role in the show.

JB: As a dancer who does comedic, narrative work, I am a genre-buster. This show offers a fertile environment for others to challenge their own perception of themselves, including gender, genre, and more. After transitioning from dance to comedy, I propositioned The PIT to present a show of mine. They gave us a probational, “off-peak” late-night slot, liked it, and invited us to present seasonally.

HG: Our first show was called Gay Stuff because the sketches and stand up were all around queer themes. I wanted a snazzy title for our next show, and came up with The Straight Man: A Comedy Show Without One. I love that phrase because it takes the norm and subverts it. There’s this unspoken rule in comedy that straight men are the norm–“the straight man” is literally an archetype in comedy writing that means a normal person, the voice of reason. We wanted to do something a little less normcore and a little more fabulous!  Every season we select hilarious female and queer comedic talent across genres and celebrate and empower ourselves through laughter.

5. The Straight Man–a comedy show without one–celebrates gay pride. This year’s Pride March, on June 30th, begins in the Flatiron District and marks the 50 years since the Stonewall uprising. Can you share your thoughts on this important anniversary?

JB: There is a ton to celebrate this year, including same-sex marriage in Taiwan and the first openly gay U.S. governor. Unfortunately, there are opposing forces for some of the progress achieved. For instance, the rate of violence against transgender women, particularly those of color, continues to rise. Inclusive rhetoric tends to move faster than inclusive actions. This means that no matter how many affirming slogans we hear, it’s important to stay vigilant in our cultivation of empathy and pursuit of human decency.

HG: It’s so wild and wonderful that so much time has passed and there has been a huge shift toward acceptance of the LBGTQIA+ community in mainstream culture. But, as Jamie said, I think that this acceptance has also led to an erasure of queer and trans people of color–the folks who led the Stonewall riots 50 years ago. It’s our responsibility as cis white queer artists to work to make sure our spaces and culture are inclusive for all folks.

6. Aside from attending your show at The PIT, what do you consider a “must-see” or “must-do” pride event here in Flatiron?

JB: Our city is bursting at the seams with historical significance. I know I’m usually in sunglasses/headphone mode and zooming right by it. I say stop and smell Flatiron’s gay pride walking tours. Once you have knowledge about the interesting stuff all around us, it can spread and pride can be something we celebrate every day.

HG: Honestly, the best thing I can recommend is to go to Madison Square Park during the Pride March on June 30th. Get a milkshake, stand on a concrete block, and watch all the floats go by! Mesh top optional.

7. Can you share some of your other upcoming productions at The PIT? Do you perform at other venues here in New York City?

JB: Oh sure, I’ve performed everywhere from the Park Avenue Armory, South Street Seaport, and Broadway Comedy Club. My first sketch, Avenue WTF, will be screening this summer with the NewFilmmakers series at Anthology Film Archives (Trivia: I wrote this sketch in the class where I met Hannah). Keep up with us via our webpage and @straightmancomedy on Instagram for the scoop on our next PIT show.

HG: I’ve performed at venues all over the city, from off-Broadway houses like HERE Arts Center to a living room in Greenpoint. Up next, I’ll be performing at a pop-up space at 198 Allen Street on the Lower East Side for a benefit for Period: The Menstrual Movement. Get ready for lots of vagina jokes!

8. When you’re here in Flatiron working, where do you like to grab a bite to eat? Do you have a go-to dish?

JB: I’m a variety junkie and there are a lot of great local places to grab food, so I alternate. If I feel like I’m making poor health-life choices, I may go to The Little Beet Table. If I’m in need of drinks and comfort food, I may hit up a place like Dog & Bone.

HG: If you’ve got a sweet tooth, be sure to check out Lady M Confections on 28th Street and Broadway. They have the most insane cakes. I love anything chocolate–always super rich and delicious.

9. What advice can you offer for those who are interested in performing comedy?

JB: Don’t settle for anything that doesn’t surprise people. Most laughs seem to come from a surprise or left turn. It doesn’t have to be a shocking or shallow twist for the sake of doing it. Commit to a character or idea but challenge yourself to find new directions for that character or idea.

HG: Do the work. Go to lots of open mics and work on your material. Learn how to read an audience and refine your jokes until they hit just the right chord. Natural talent is only the entry point. The real secret to successful comics is putting in a lot of hard work. 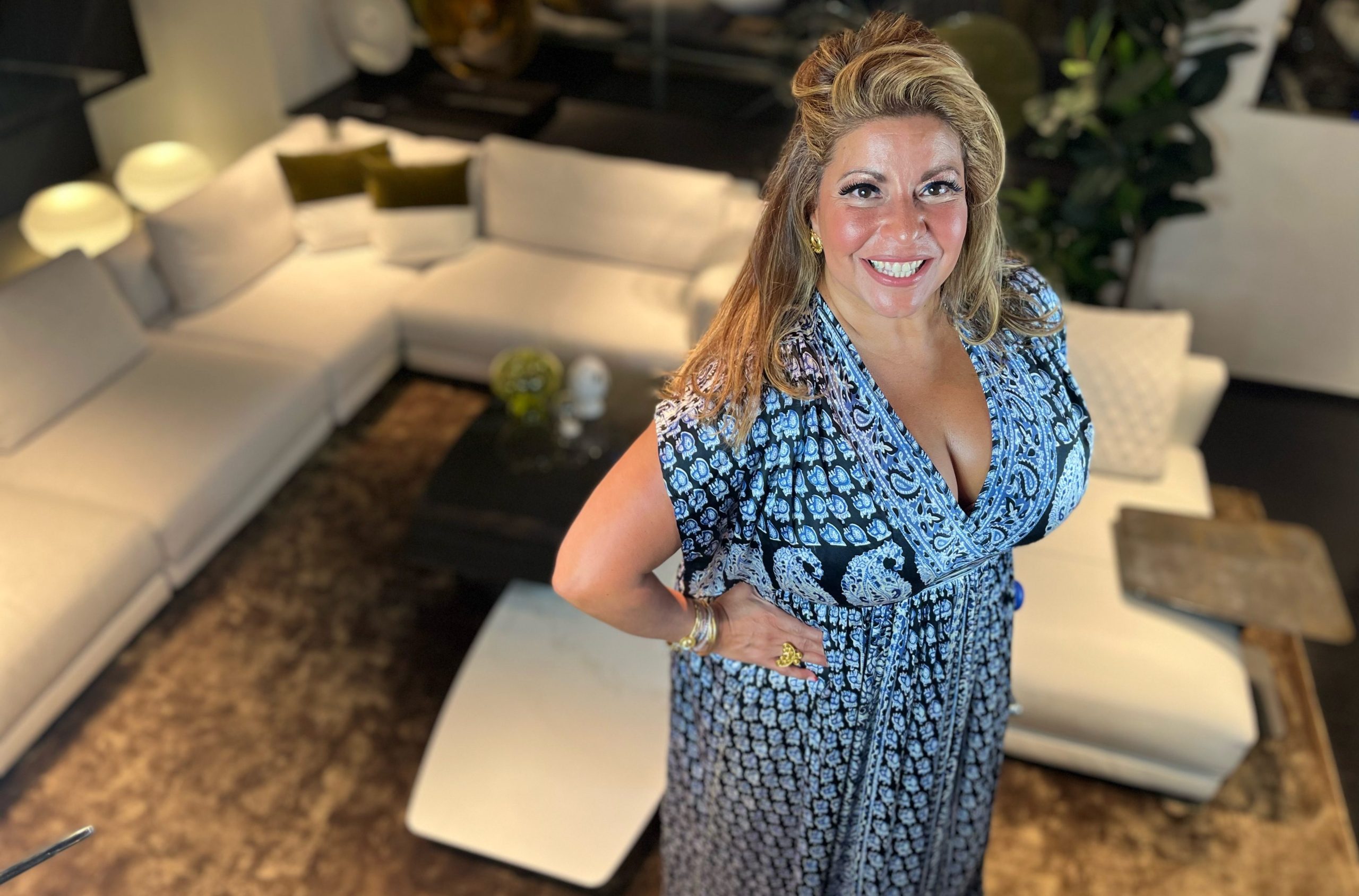 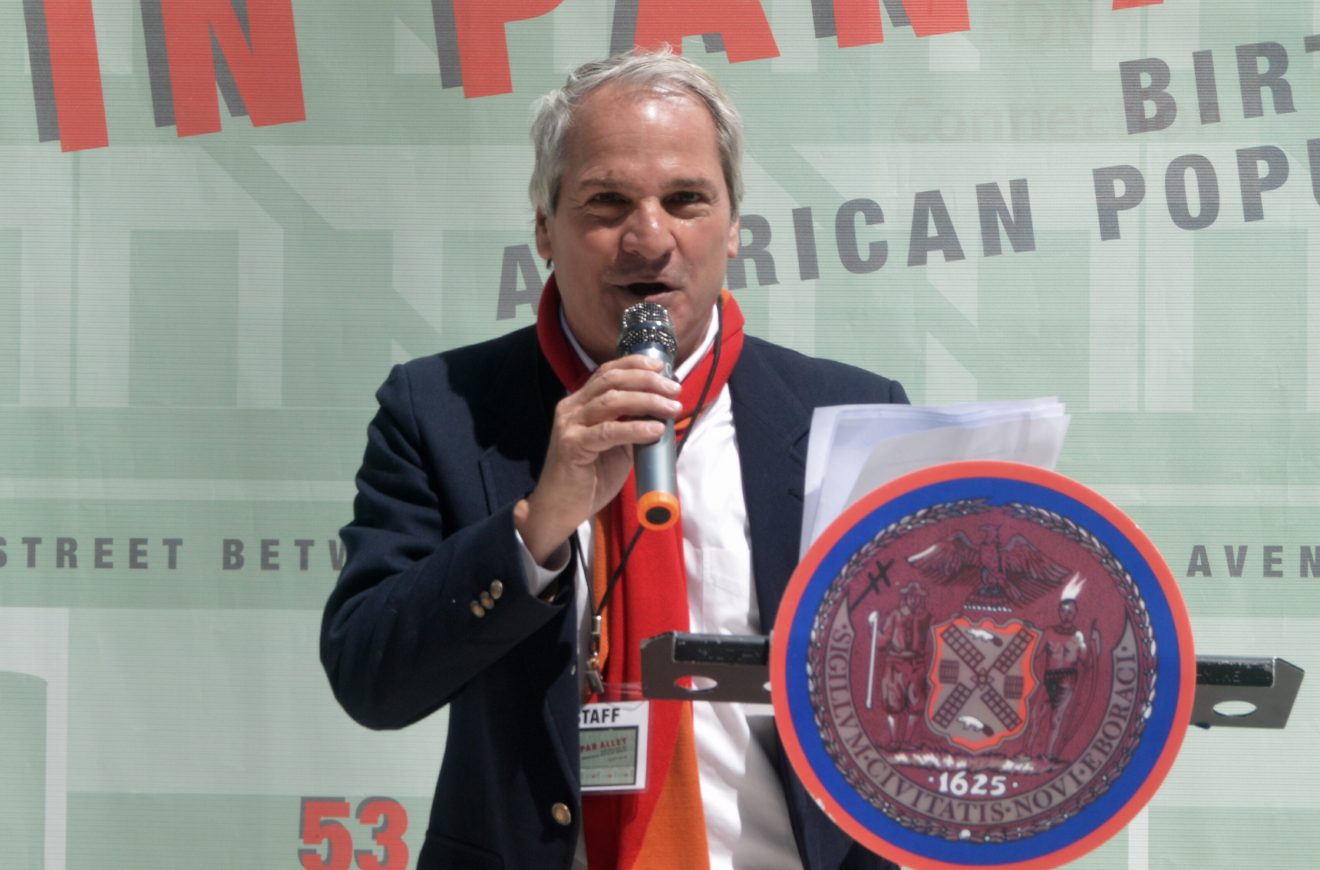 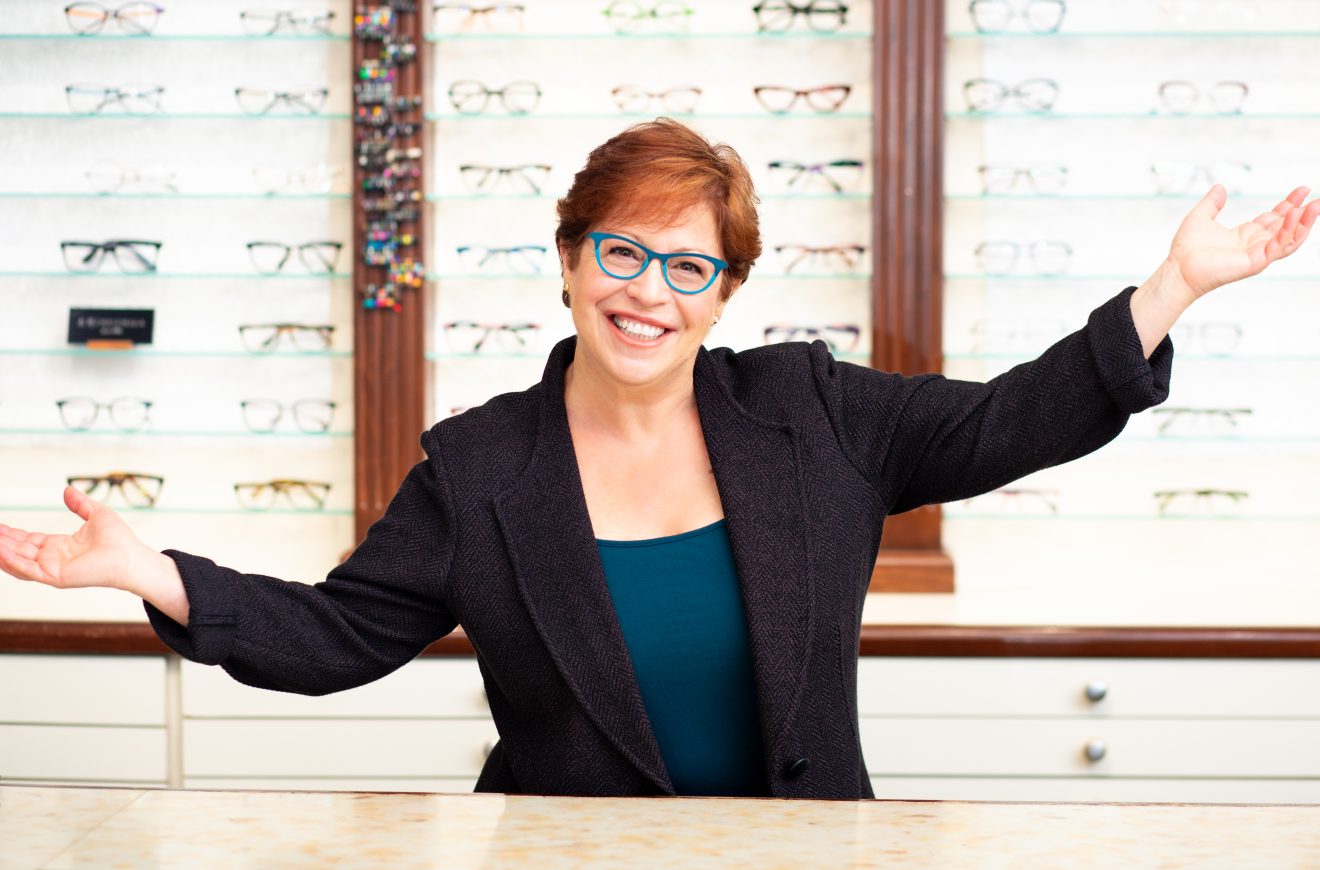 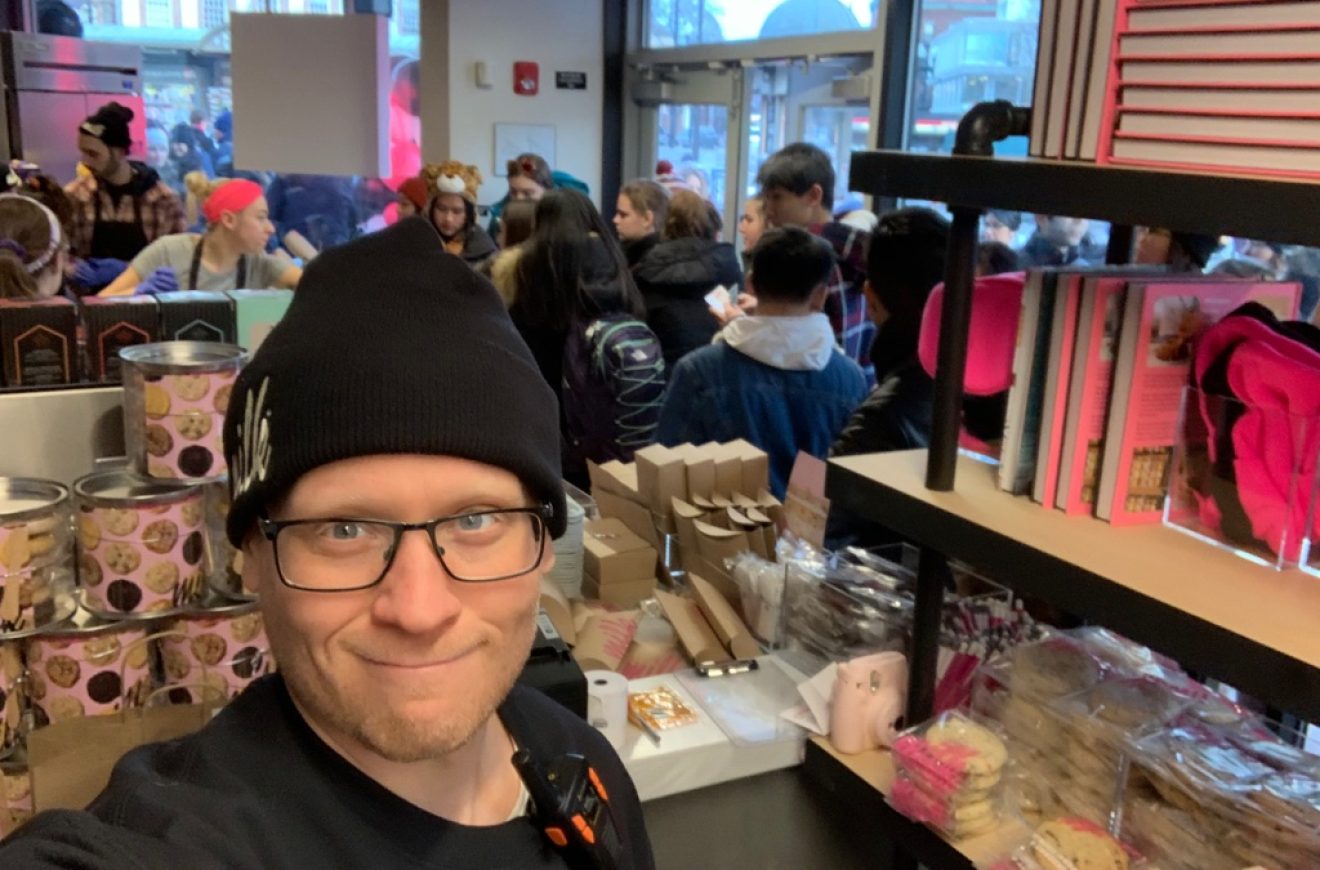