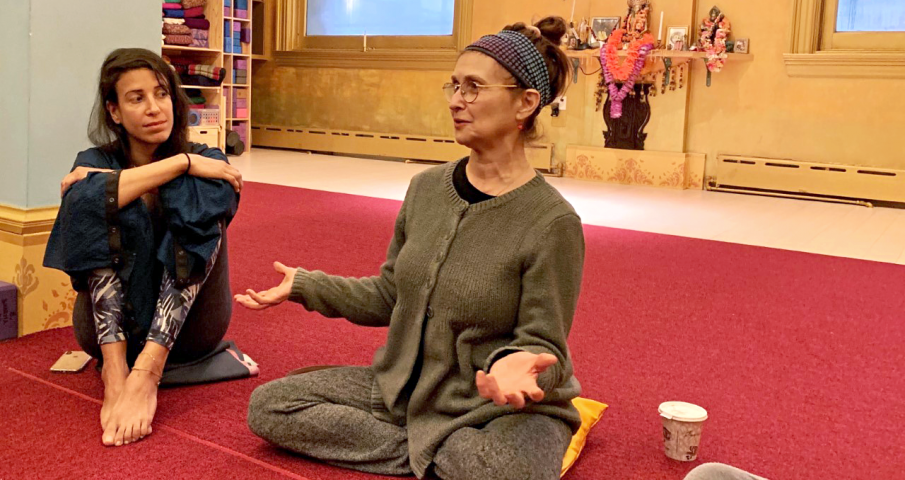 Meet Eva Julia Grubler, Director of Dharma Yoga Center located at 46 West 24th Street, near Sixth Avenue, in the Flatiron District. “We teach you how to stay youthful, positive, calm, and happy,” says Grubler, who also studied dance with Alvin Ailey, appeared as a principal dancer in the 1980 film Fame, and has been with the Dharma Yoga Center since 1990. She adds about sessions at the center, “I forgot to mention every class ends with deep relaxation–that does the trick!”

1. Dharma Yoga Center is one of New York City’s oldest yoga centers and defines itself as “a pathway to radiant health, well-being, and inner peace.” Tell us more!

Dharma Yoga Center had some early incarnations in New York City in the 1970s. Sri Dharma Mittra, the head and main teacher of the school, had come to New York City in the 1960s from Brazil to study with a guru from India that his brother had already met. The man who was to become the guru of Dharma Mittra was Swami Kailashananda, a.k.a. Yogi Gupta. He arrived in the United States in the 1950s to bring health-giving natural methods and techniques of yoga to the American people. In those days, there was really almost no yoga in the United States. Sri Dharma went into intensive training with the guru, and when the guru opened a school in Midtown East, Sri Dharma helped in all ways at the school, as well as teaching daily posture classes and running its early live juice bar in Manhattan.

2. You’ve been the center’s director since 1990. Briefly describe your role, specialties, and what aspect of the job excites you most. What’s your overall mission as a yoga instructor?

I basically do all the needs and aspects of our center. From keeping it clean, organized and beautiful, delegating tasks, managing staff, and teachers, to making sure we have an awesome ongoing class schedule, and supporting and promoting one of the most important things we do, training new teachers!

3. Dharma currently offers live streaming and in-person sessions for vaccinated individuals. What are any ongoing business challenges faced by the center and how are they managed by your team?

Getting everything set up was quite a feat, especially early on when we had to figure out and purchase all the electronic equipment for sound, video, and computer monitors, both for at the center and teachers who were no longer local. Thanks to some amazing people on my staff, we did it, and we did it well! We have always been a seven-day-a-week school, and we never missed a beat. Now that we are open with live classes and continuing on Zoom, our challenge is having people come back to class at the center. We have always had an international community regularly coming to New York City, so of course, that is no longer happening.

4. What was your experience like overcoming pandemic-related obstacles over the past year and a half?

It truly has not been easy, and we take everything very seriously. We always follow all city and state guidelines. We were basically closed as a live center, and when we were legally allowed to open a few months ago, we did a thorough cleaning of every corner of the center and air filtration system. We regularly clean between all classes as well.

5. What are some of the physical and mental benefits of practicing yoga?

The benefits now realized finally by so many are number one, intoxicating your body with the life force – breath! Something most people never even think about on a daily basis. Breath activates our entire body and all systems. There are many special ancient breathing techniques in yoga that we teach. Some align with the physical body postures that keep your bones, muscles, and tendons strong and elastic at the same time.

6. You have a background in choreography and modern dance. What led you to pursue a career in yoga? For those considering this field, what professional advice can you share?

Yes, I was a scholarship kid at Alvin Ailey when he was alive, at a church he had on East 59th with Pearl Lang in the 1970s. I also danced with Louis Falco at 61 West 24th Street, down the block from the center, kind of before it was called the Flatiron District. It was pretty grungy then. I was also a principal dancer in the film Fame. I am very happy to have been part of the dance world of the 70s and 80s of New York City for sure; there was nothing like it. After some minor dance injuries, I had turned to yoga as a more peaceful and connected way to move. That you can relax while holding still or moving is so beneficial for the body. You have time to clear your mind and body of the external world, all the noise and the restlessness, and start to connect within.

A career in yoga is likely one of the best professions in the world today. It keeps you healthy as you support others in becoming healthy. Our Life of a Yogi Teacher Training program that I started in 1999 is all about sharing love and knowledge with others. We have trained thousands of Dharma Yoga teachers worldwide. Being a yoga teacher or a Dharma Yoga instructor can be part-time, and you can still have whatever career you’re trained in. The most important aspect is the desire to help and serve others!

7. What do you love most about the Flatiron District? When you’re not at the Dharma Yoga Center, how do you like to spend your time in the neighborhood?

I lived in the West Village in the 70s, East Village in the 80s, Gramercy/Stuyvesant Town in the 90s, and the Dharma Yoga Center also has moved in a similar direction. Most recently, we were around the corner in a huge space at 61 West 23rd Street for 10 years until the building was sold. So I would say it’s been part of my neighborhood for years now. Good stuff in the area? Madison Square Park only gets better, and they have a great dog and kids park and art exhibitions.

Eataly has been a lovely addition to the area, and now they have most of the street, too, just like in Italy. A lot more European, like outdoor seating in the middle of what was recently the street. Trader Joe’s–needed! And by Chloe., Bite, and my fav Taïm (I’ve been to the ones in Tel Aviv, too). Sadly, some good vegan places have closed, so I can’t mention them anymore. And I frequent what’s left of the Flower District area. 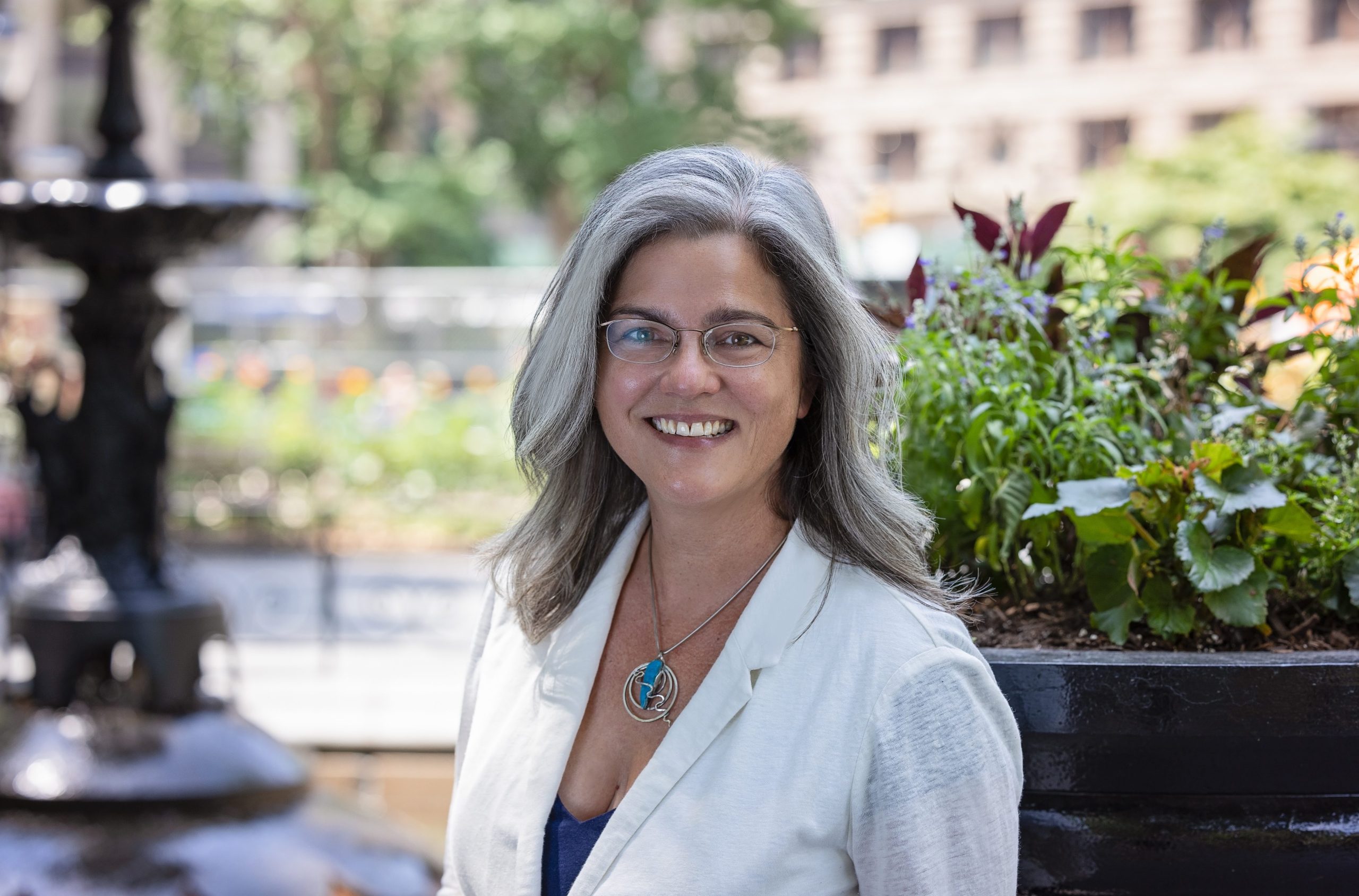 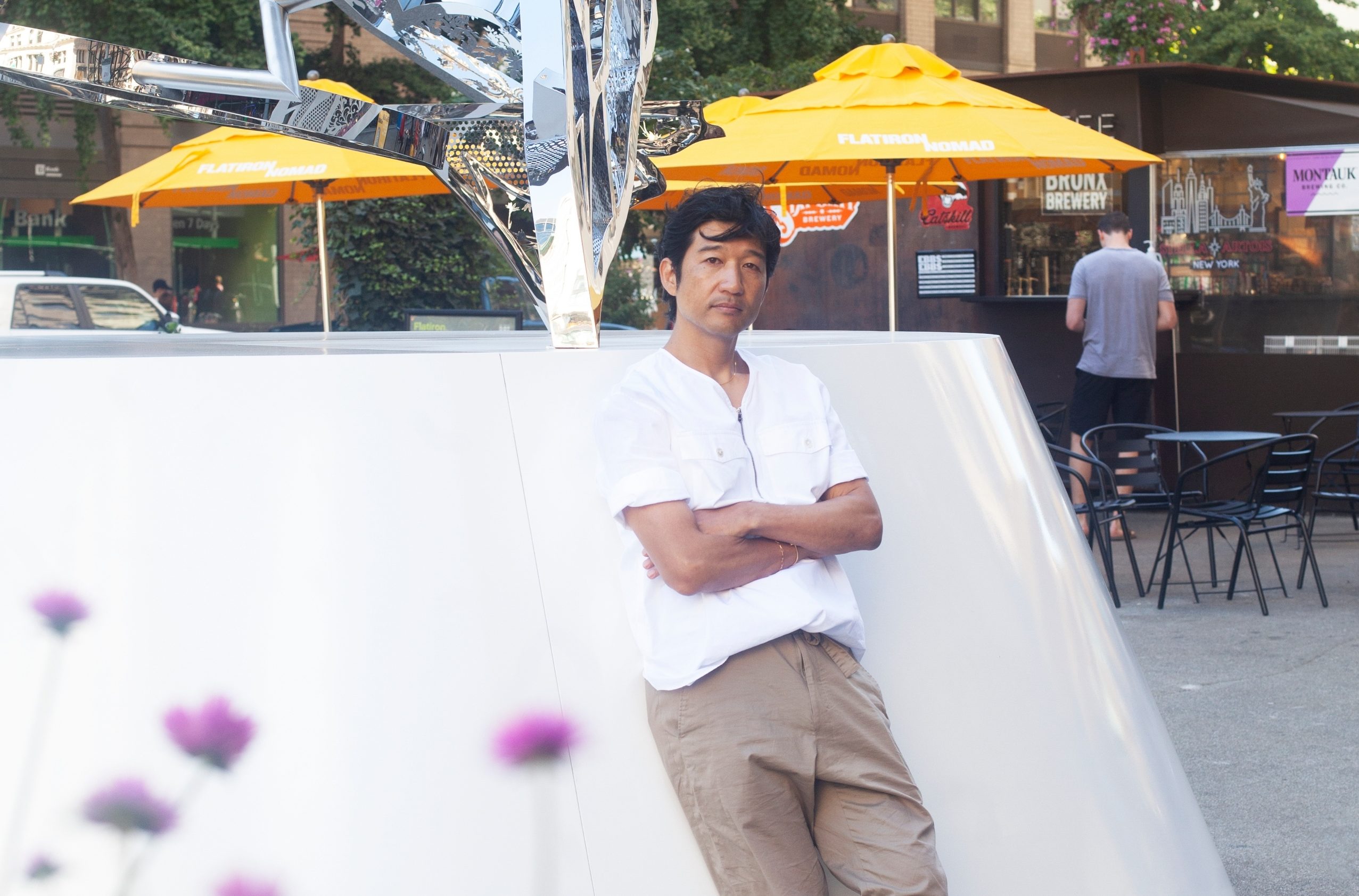 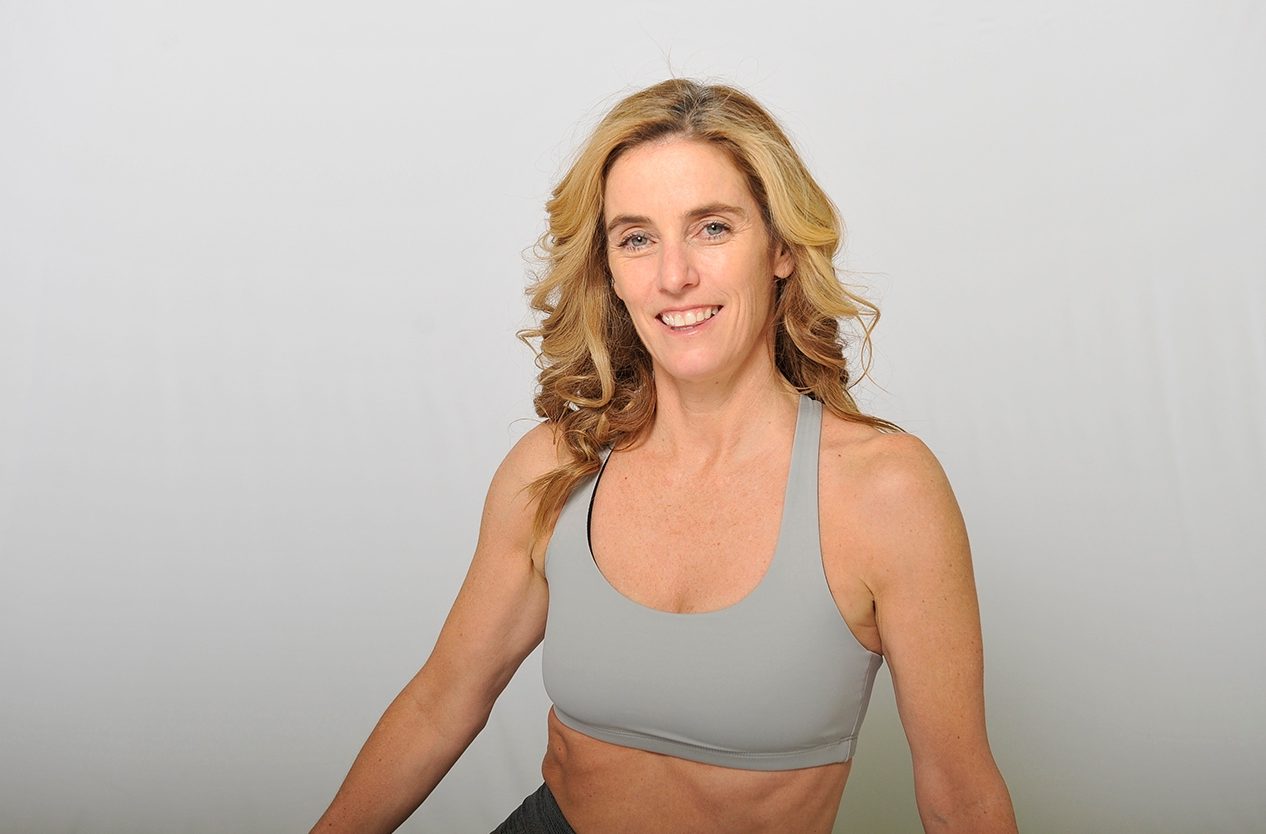 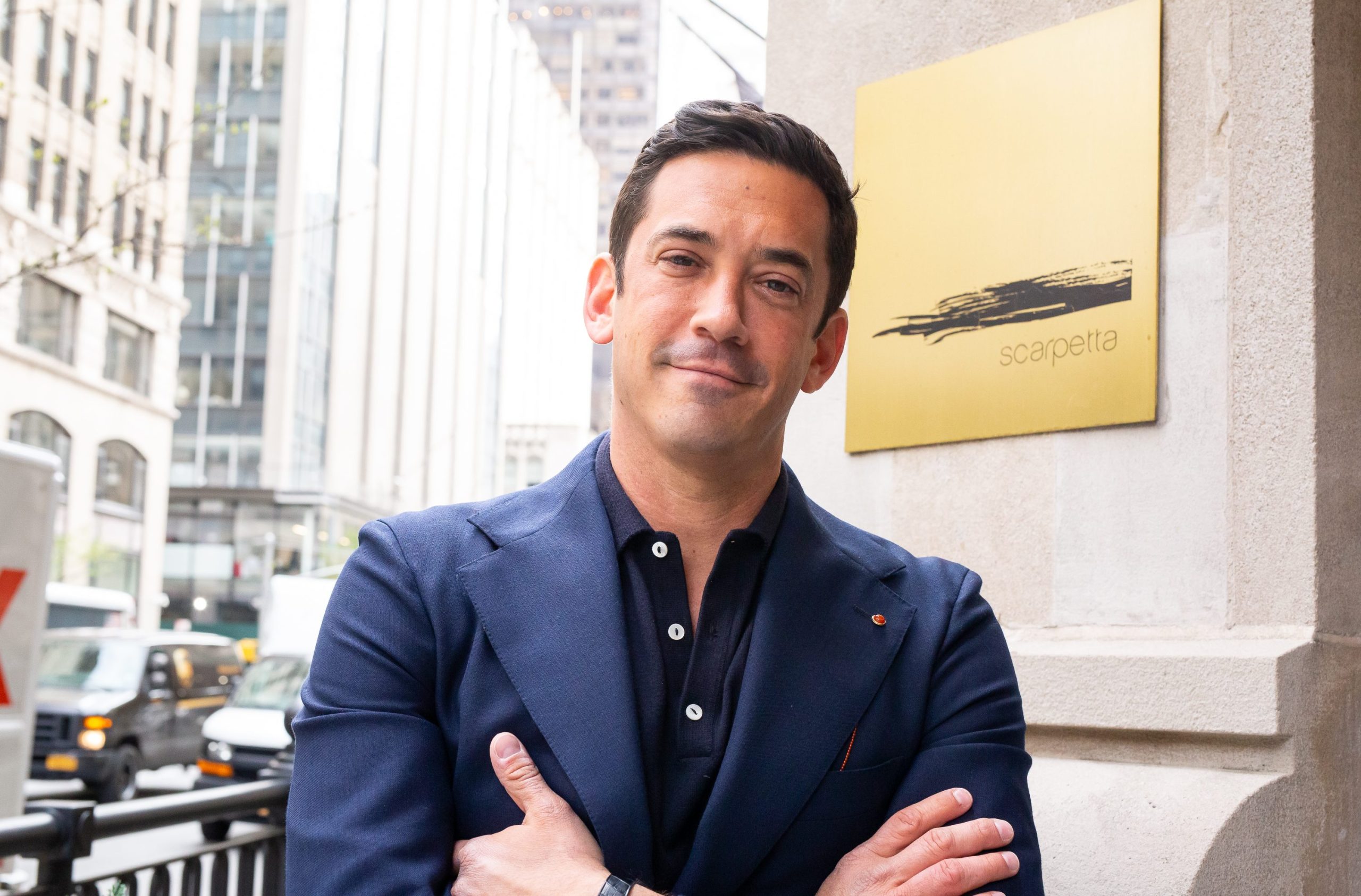