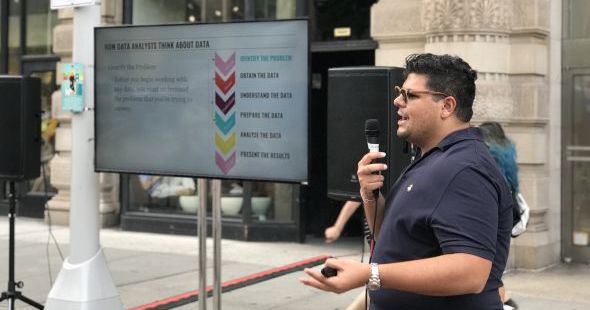 The Flatiron Summer Series is free community programming for the community, by the community. The Flatiron/23rd Street Partnership Business Improvement District (BID), in partnership with local businesses, presents eight weeks of free classes & activities on the Flatiron Public Plazas, at the intersection of Broadway, Fifth Avenue, and 23rd Street.

For updated information about summer programming, please check back on this page, subscribe to our weekly newsletter, and follow us on social media.

The BID, along with the National Museum of Mathematics (MoMath), will celebrate the Summer Solstice on Thursday, June 20th. From 7:30 am to 6:30 pm, the BID and MoMath will host a giant sundial on the North Public Plaza. Cast your shadow to mark the time and help create a large-scale human timepiece. Leave your personal mark on a jumbo sundial banner that will be displayed in the nation’s only Museum of Mathematics through the end of June. 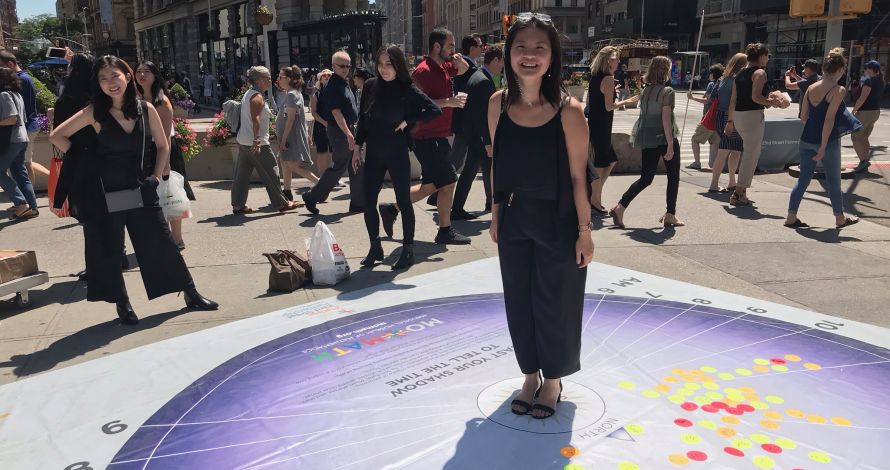 Since 2012, the BID, in partnership with General Assembly, has offered a series of tech education classes. This year, instructors from local institutions and businesses will teach classes on Tuesdays at 6 pm on the Flatiron South Public Plaza. Classes are free and open to the public but are subject to change due to weather. The rain location is General Assembly’s Flatiron location, 10 East 21st Street, between Fifth Avenue and Broadway. Location changes are announced by 12 pm (noon) on the day of the class. Follow us on Twitter @FlatironNY for last-minute updates.

The BID, with Athleta, presents a series of free fitness classes Wednesdays from June 20th through August 8th. Classes are taught by instructors from local neighborhood studios and begin at 6 pm on the Flatiron South Public Plaza. Classes are free and open to the public but are subject to changes due to weather. The rain location is Athleta’s Flatiron studio, located at 126 Fifth Avenue at 18th Street. Location changes are announced by 4 pm on the day of the class. The BID will provide a small supply of yoga mats on a first come, first served basis. Participants are encouraged to bring their own mat, if possible. 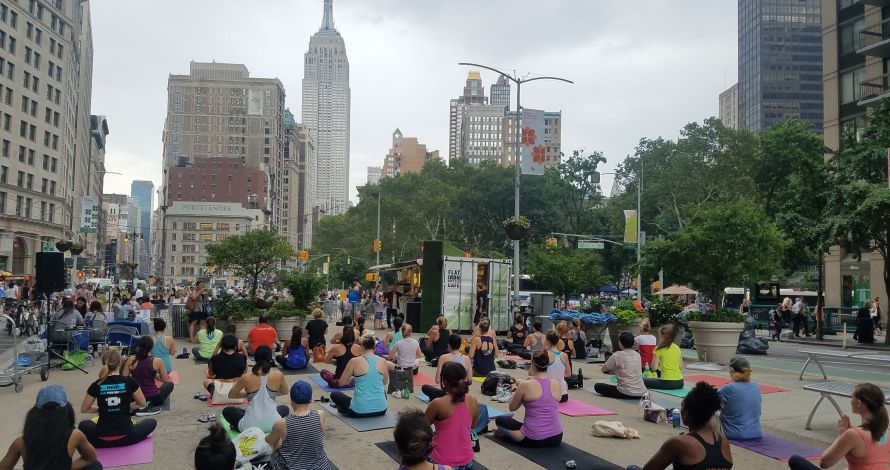 On Throwback Thursdays, the BID organizes a game station that is free and open to the public on the Flatiron North Public Plaza. The game station includes giant games, board games, and cornhole sets and will be available from 11 am until 7 pm. Local businesses and organizations will join in on the fun to provide free cultural education and entertainment, such as a children’s bookbinding activity by The Center for Book Arts and a photo frame arts & crafts project by Fujifilm Wonder Photo Shop from 12 pm to 2 pm on select Thursdays. At 6 pm each Thursday, local musicians will entertain passersby.

Continuing this year, the BID is partnering with Eataly & Shake Shack for our “Summer Scoops” events featuring complimentary servings of Eataly’s Gelato at our “Summer Scoops Kickoff”, Shake Shack’s Frozen Custard at “Mid-Summer Scoops”, and concluding with “Summer Sweets” (Eataly’s mini cannoli) at the end of the series. Shake up your office happy hour or gather the family and mingle with your Flatiron neighbors. 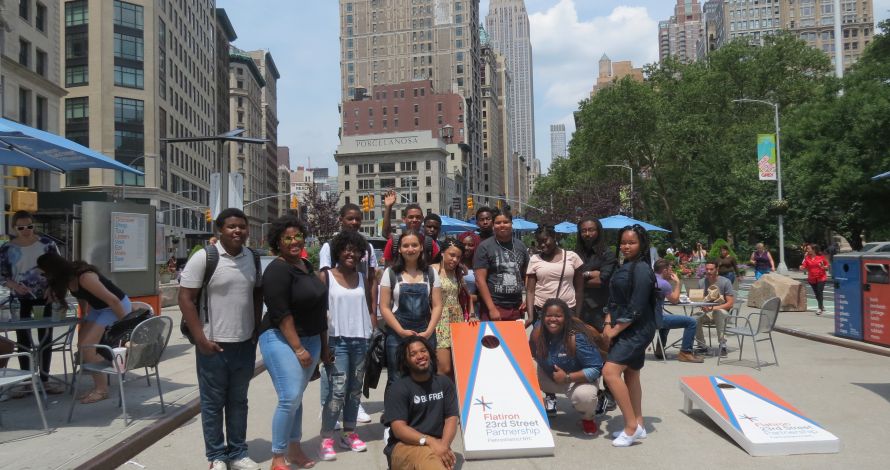